Signs Of Christianity In Vilnius, Lithuania

Lithuania is a Catholic country and symbols are everywhere. Plenty of churches, full of icons. Some monuments, a catacomb or 10. 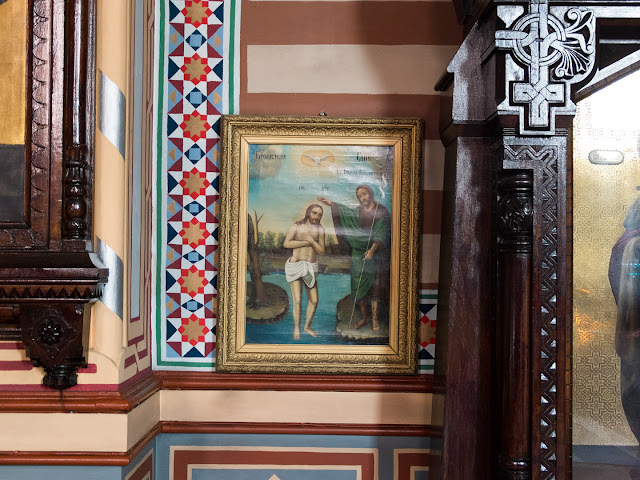 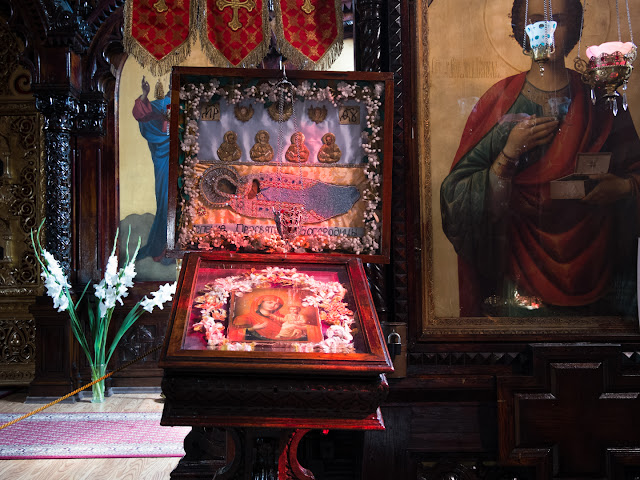 On the right, the catacombs underneath Vilnius Cathedral. 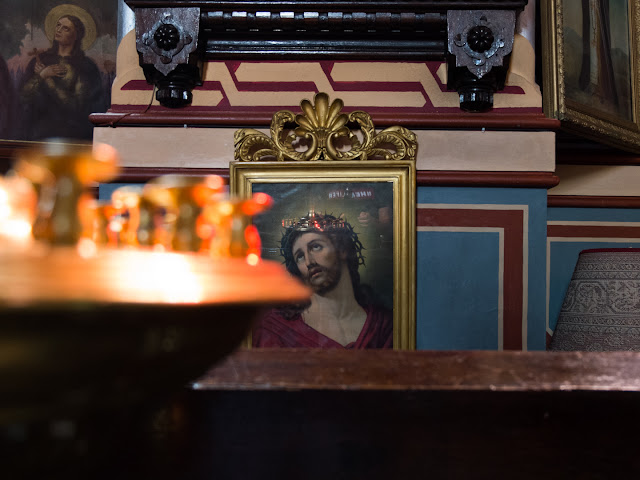 The Massacre At Paneriai (Ponary), Lithuania

The grimmest, deadliest Holocaust site in Lithuania is in the town of Paneriai, a suburb of Vilnius. The Nazis killed approximately 100,000 people there - 70,000 Jews, the rest a mix of Poles, Russians and Lithuanians.

The Nazis would bring people from Vilnius by train on this rail line. 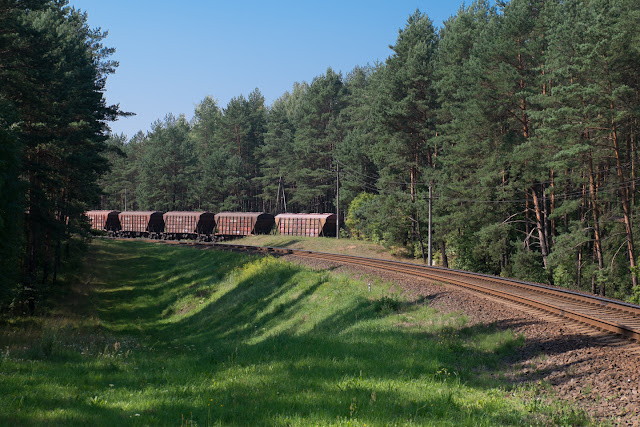 Before they were led to specific killing pits, the people would wait in this canal by the railroad tracks. 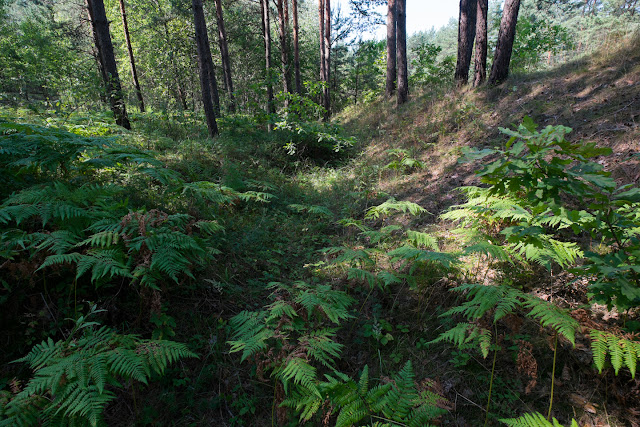 A killing pit. There are several pits in the forest, built by the Soviets when they occupied Lithuania at the beginning of World War II. The pits were the start of a planned oil storage facility. When the Nazis invaded Lithuania in 1941, pushing out the Soviets, they discovered a "perfect" place for mass graves. 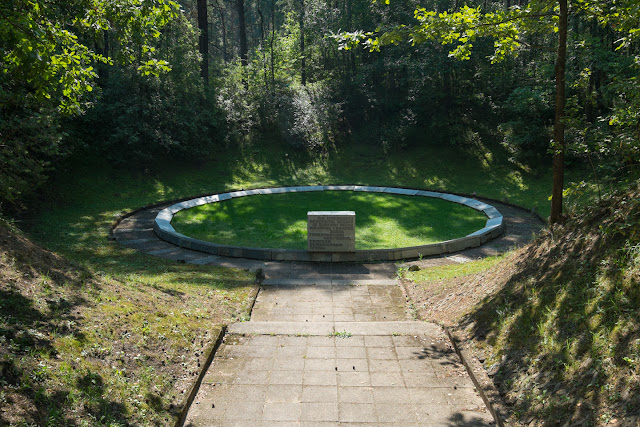 There's a small museum at the site with a sobering narrative. To save bullets, many people were killed by having their heads smashed against a tree with the butt of a rifle. Lithuanian units were hired to kill Jews, paid only in liquor.

A marker near most of the pits. It reads essentially: Here Hitler's occupiers burned the bodies that were dug out of the killing sites. 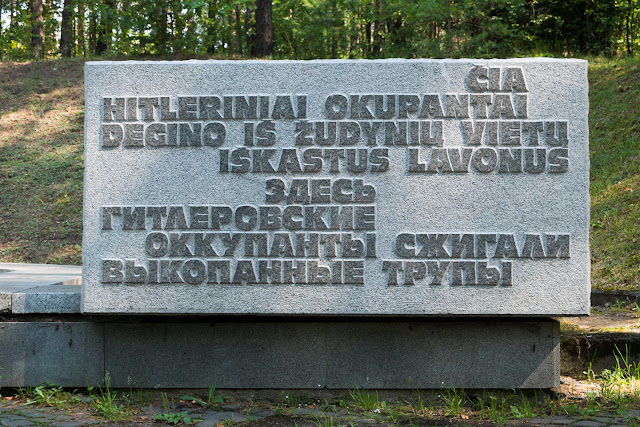 The final, most horrific action by the Nazis was their attempt in 1943 to cover up their crime while retreating from the advancing Soviets. The Nazis forced Jews to exhume bodies and burn them. This pit is where most of the bodies were burned. 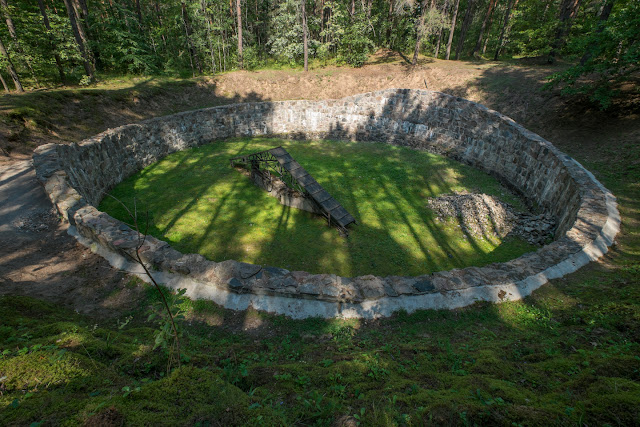 A commemorative wall near the site, featuring the names of some of the dead. So many families, so many young people. 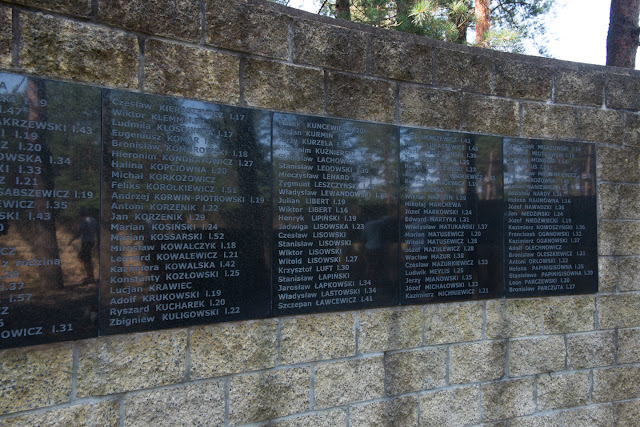 Staying At A Sweet Sodyba In Lithuania

Everyone in Lithuania has a summer country place, called a "sodyba." It's usually on a lake, a bit of a humble house, maybe with running water and electricity. The important parts of the sodyba are the location and the ability to gather friends and family for a few days, to eat, swim, drink and enjoy the short summer in Lithuania.

We found a lake. 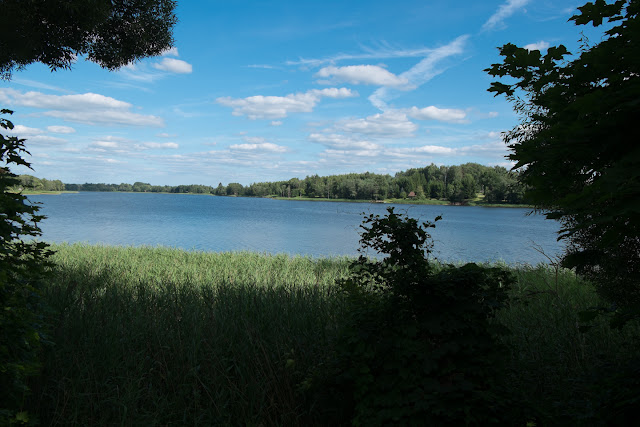 And the sodyba. In this case, a few little houses, randomly splitting bedrooms, living rooms, a kitchen. 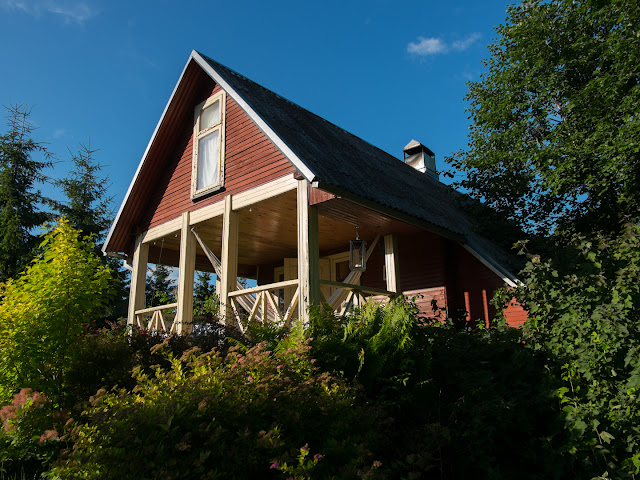 What to do? A slow blini breakfast to start the day, maybe a little fruit foraging in the orchard. 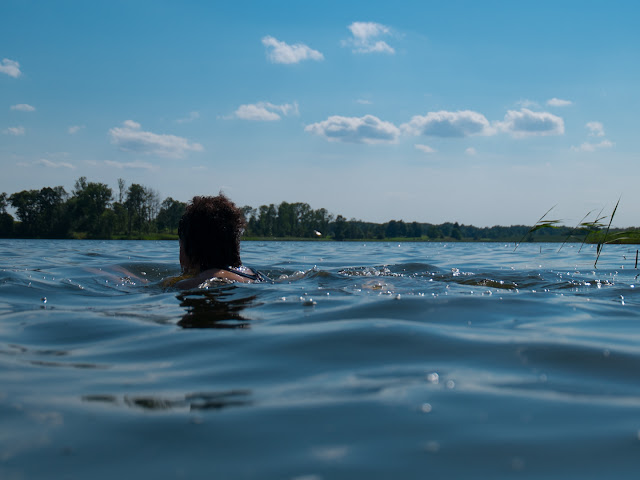 Maybe a little sun and reading on the dock. When afternoon rolls around, maybe (probably) some glasses come out.

Time for a sunset, wine and casual conversation among friends. 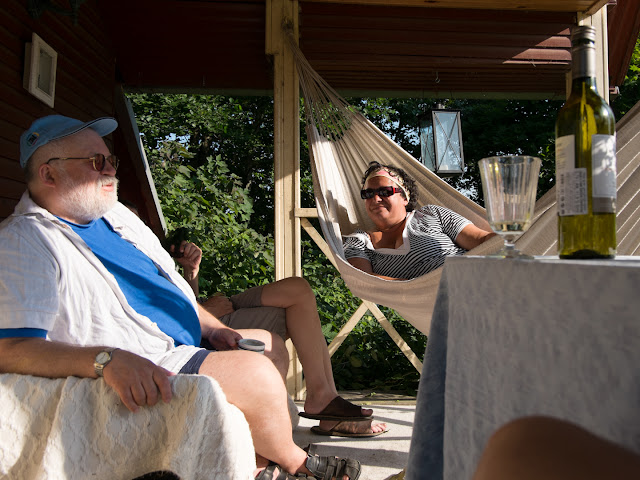 Summer In The Lithuanian Countryside

When the heatwave hits, time to head out of the city and explore the countryside. In Lithuania, it means a temp above 80º and maybe an hour's drive out of Vilnius.

What to see? Mostly fields of grain, livestock and lots of power lines. 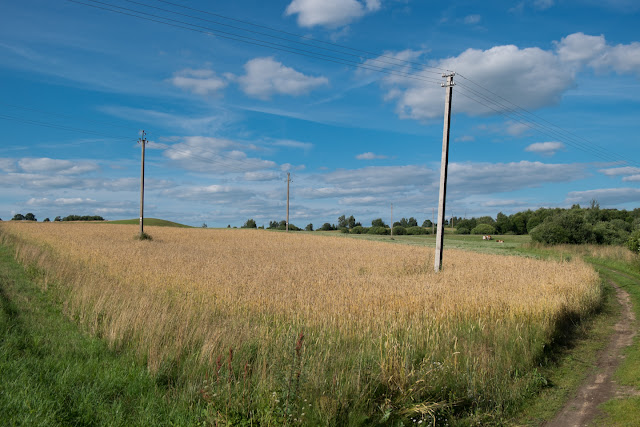 Where are we? Right. Vernacular sights, a country house and wood totem. 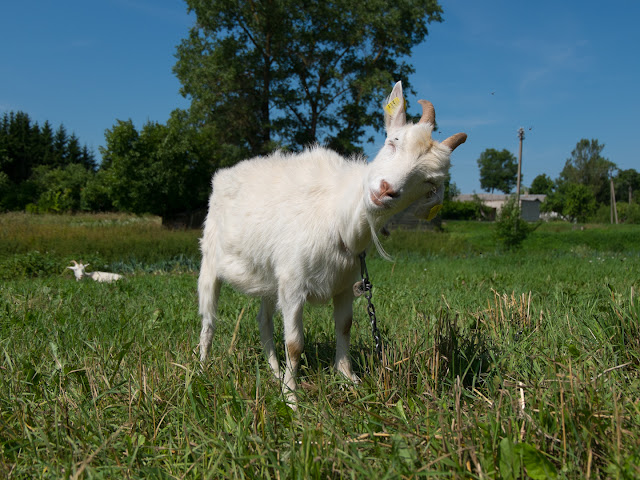 An iconic feature of the countryside is the mighty stork - Lithuania's national bird. Nests are everywhere, from single family to large condo, depending on support structure. 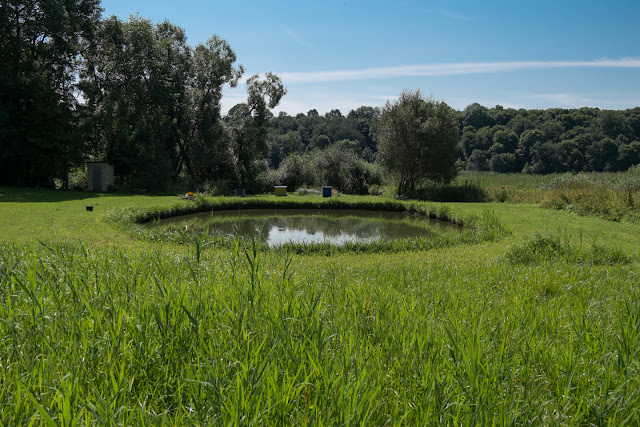 The harvest comes early. Hay, ready for pick up.

Remember back at the beginning of the summer, when Sarah started a climate change project with bees as the main actors? Those bees have been doing their thing and now it's time to do a little honey harvest.

This harvest happened at the end of July and was the second time the hive needed it. Her honey runneth over!

The beekeeper cracks the hive. 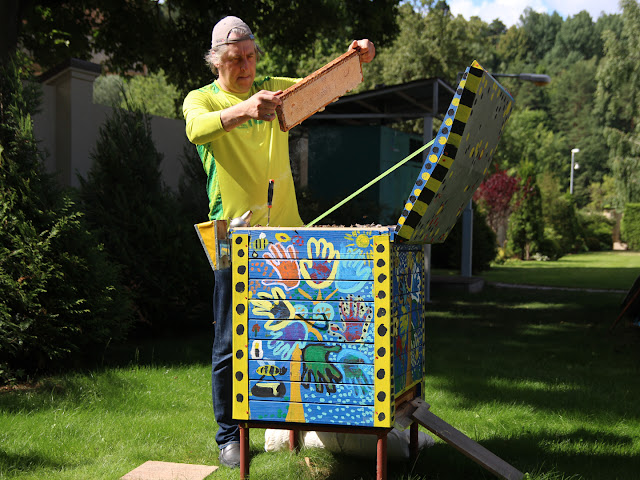 Inside, the workers have been buzzzzy.
Sarah and a co-worker scraping wax off one of the trays so the honey can be extracted. A sweet, messy exercise. 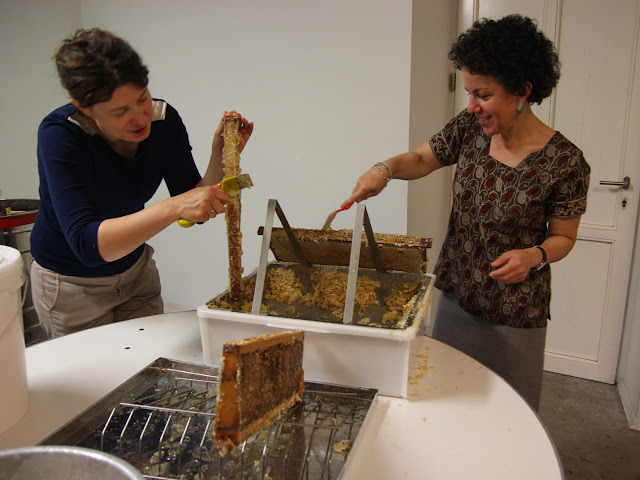 Into the centrifuge for separation. Future bee master, our nephew, inspecting the good stuff. 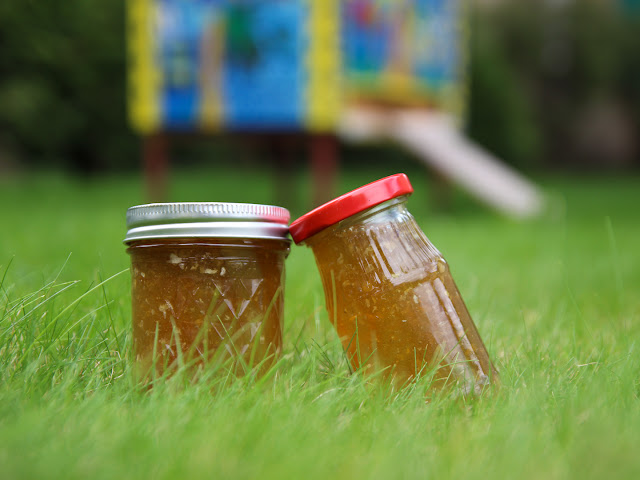 Little Reggio Emilia has a decent claim to Italian history, as the place where the modern, tricolor flag was flown for the first time. To commemorate that event, there's a museum devoted to the creation of the Italian flag.

The museum. The Italian flag was first adopted on January 7, 1797. 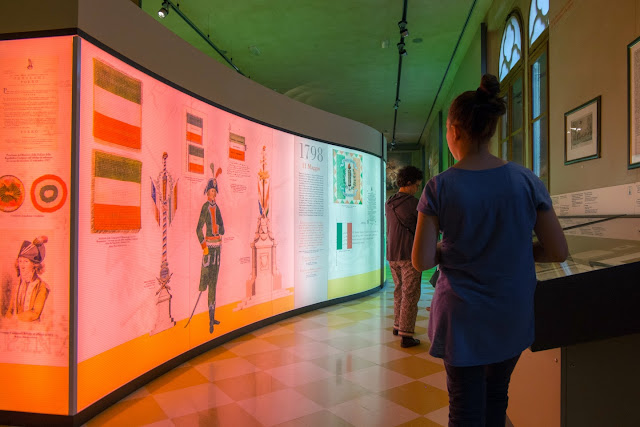 Lots of variations of the flag are presented, along with paintings of important Italians. 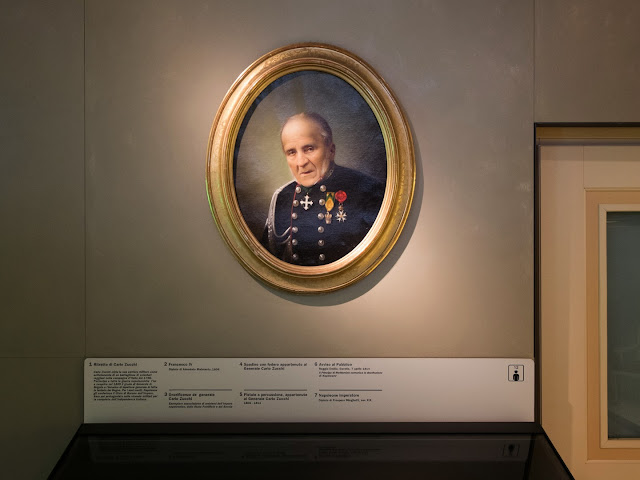 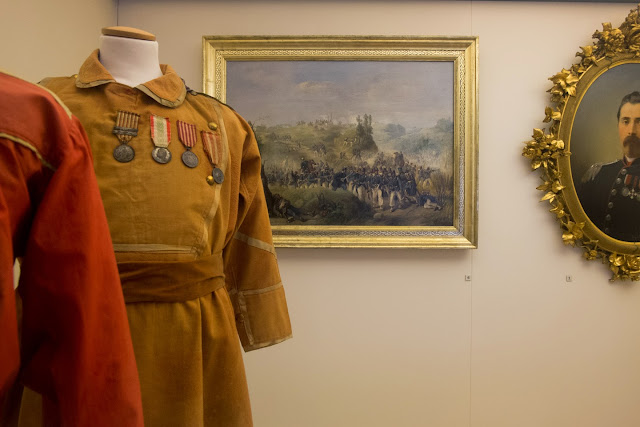 Things Are Looking Up In Reggio Emilia

Sometimes the most impressive view of old European towns is the gawker angle. Crane your head, look up and be blown away by the old architecture. Time to apply the crane to Reggio Emilia. 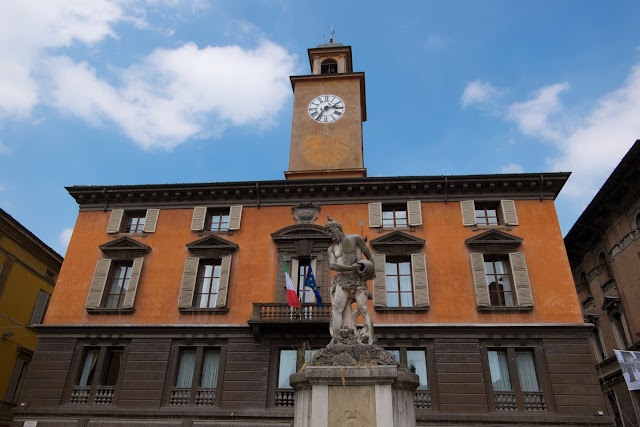 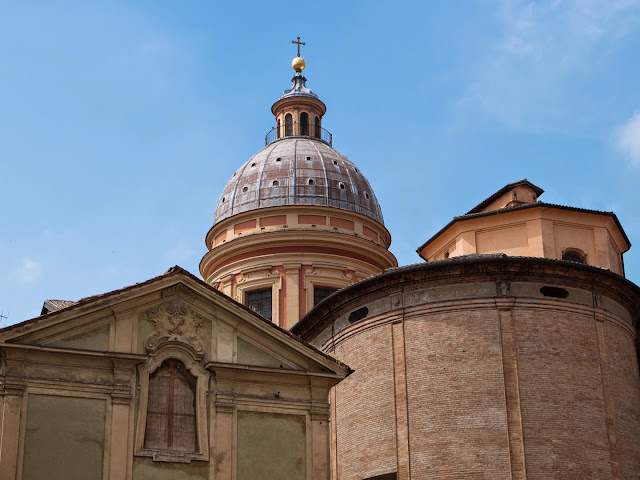 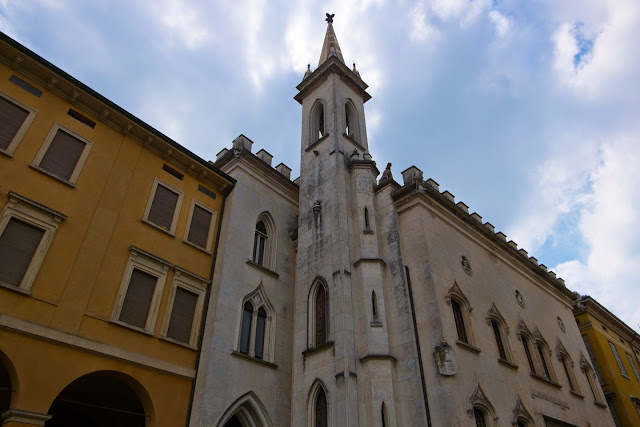