In the town of Miri, there's a hilltop museum devoted to oil. It's located in the area where oil was first discovered in the early 1900s, putting Miri and the state of Sarawak on the map.

As titled, the Grand Old Lady. This oil well drilling rig is the star of the show, the actual rig used during the discovery of oil until the area's retirement from the oil business in 1972. 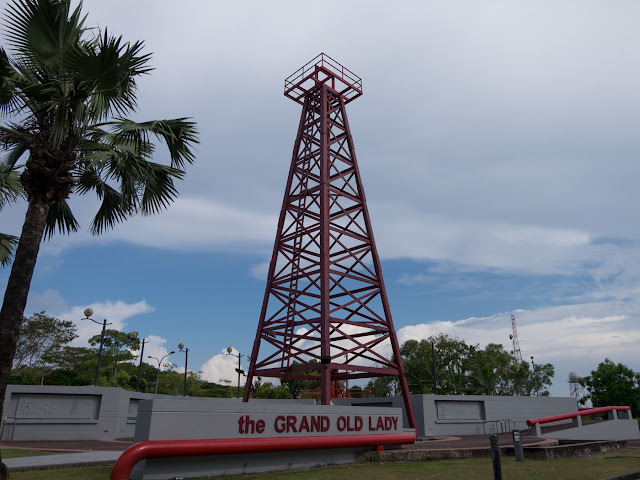 At the bottom of the Lady, hard work preserved.  Inside the museum, lots of exhibition space. People, not so much. 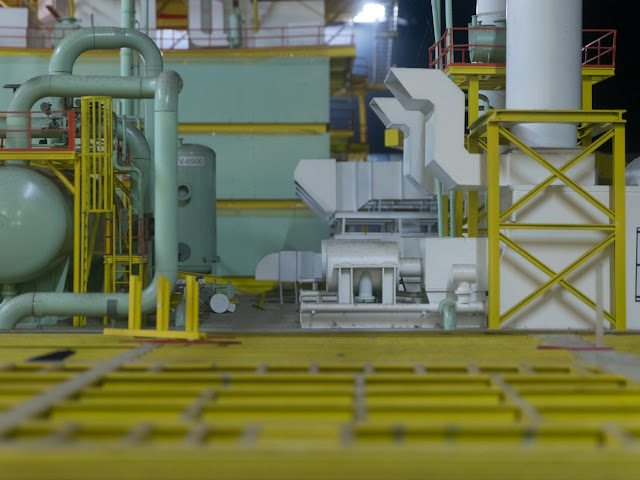 Next to the Grand Old Lady, a pump jack. 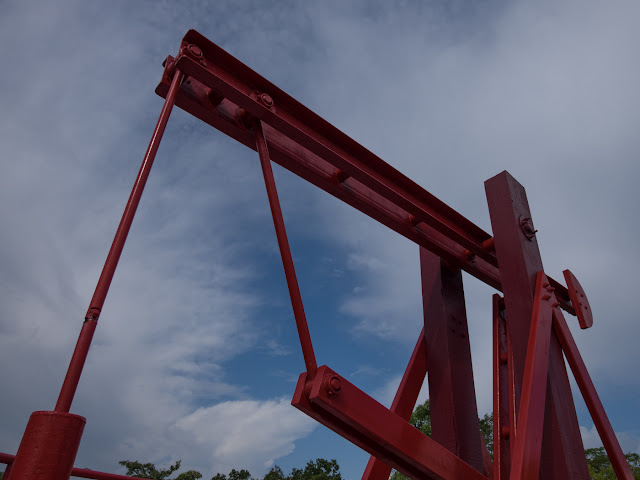