Royal Enfield is a motorcycle company based in Chennai, India. Obviously with "Royal" as part of its name, the origins of the manufacturer go back to Britain. They started in 1890, produced bicycles then moved onto motorcycles until ceasing production in 1970.

But many years before the company dissolved, it licensed Enfield to India and another company there started making motorcycles. By 1995, the Indian company bought the rights to the full Royal Enfield name and it's now the only place in the world that makes the Royal Enfield motorcycle. They're still so popular that there's a new factory being built, they export the bikes around the world and if you want one, get your name on the list and wait a year.

They're classy-looking bikes, the Harley for the subcontinent. Chennai has the only factory in the world that produces Royal Enfields. They offer tours a couple of times a month, a great chance to see a piece of Anglo-Indian history come to life.

The complex is, shall we say, humble? It's small and old-school, maximizing Indian labor to put the bikes together.

Inside the factory, putting handle bars on. 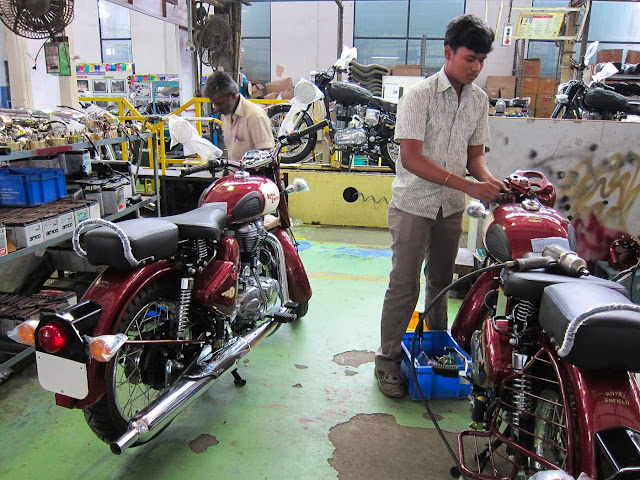 Final inspections and a run on the dynomometer. That logo is impressive.

The pee-wee test track. Every new cycle gets a few laps. 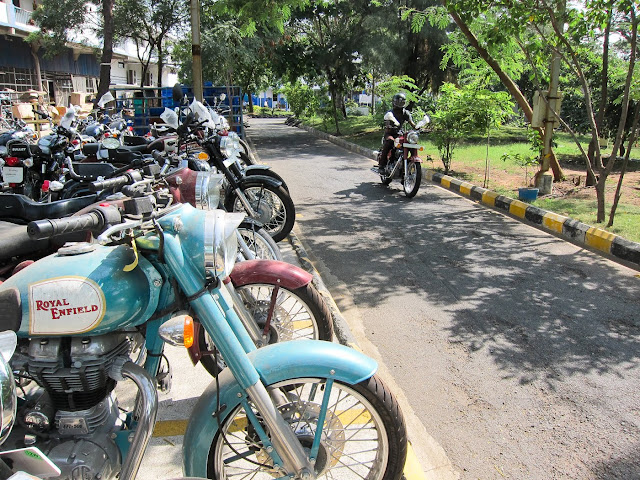 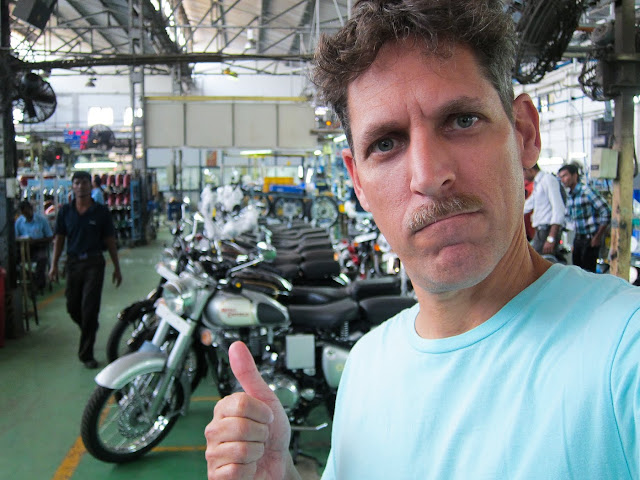