What's a visit to an Asian city without a temple trip? In Taipei, the place to go is the oldest temple, Longshan Temple. Originally built in 1738, Longshan has been renovated and partly rebuilt after bombing during World War II. It's a Buddhist temple, but plenty of other deities are also present.

The front courtyard, as classic as Asian temple architecture gets. 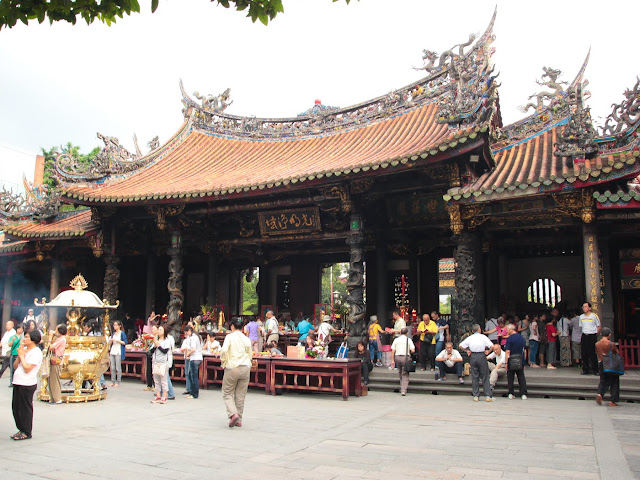 Another classic touch, a hanging lamp at the entrance. The atmospheric vibe inside.

Lining up for prayers. 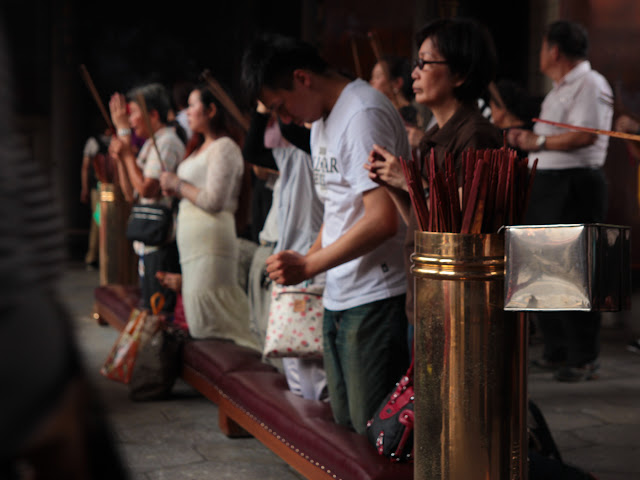 One of dozens of alcoves available for prayer. On the right, a sample of a typical offering. The gifts can be substantial, as if someone emptied several bouquets of flowers and a shopping cart.