Just like in India, Ethiopia has lots of little tuk tuks running around the country. They're actually imported from India. The three-wheelers get a different color scheme for Ethiopia and their owners seem to like to customize them a bit. One man's moving castle.... 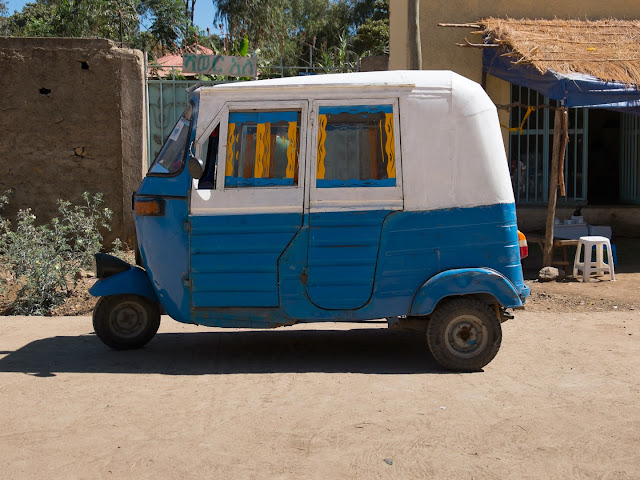 Or maybe you'd rather have an exotic curtain? Don't forget to add personal touches to the front of your tuk tuk.

Another version of a curtain, more fitted. Take advantage of the back window, maybe for an old advertisement? 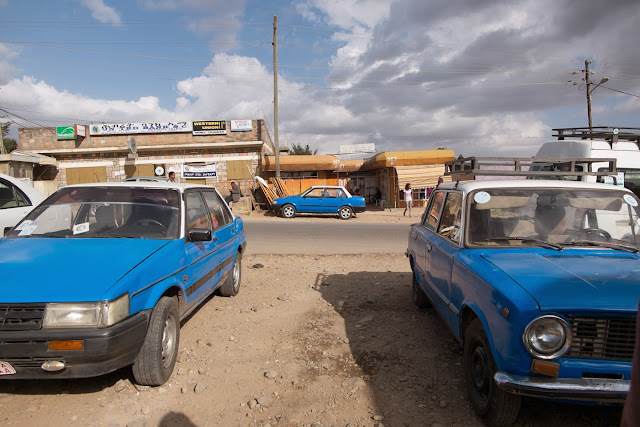