Time To Hop The School Bus In Varanasi

What's the equivalent of those ubiquitous yellow school buses back in the United States? In Varanasi, it's a little wagon-like contraption married to a bicycle. The mini hauler is so cute, at least to everyone except the poor guy who has to power the thing.

Who's going to Central Academy? 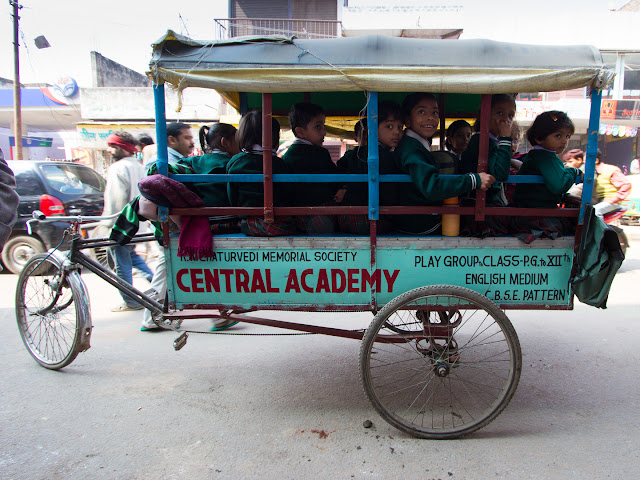 An empty "bus," ready for a load of eager students. There they are, all coordinated in their finest plaid pants and green blazers. You'd think they all just won golf's Masters tournament. 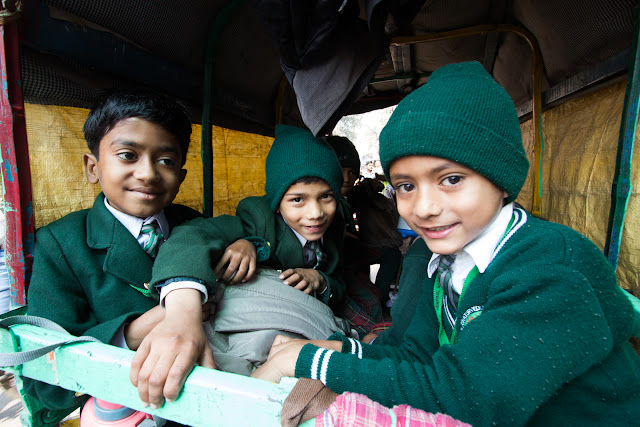 Out the bus goes, being walked instead of pedaled. The boys don't seem to mind, at least they've got drinks.

An ode to Robert Frank. 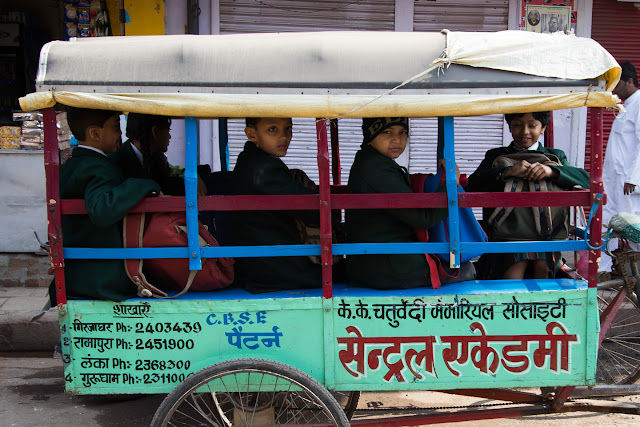