Of course Saigon has a museum devoted to the Vietnam War. Or, as the Vietnamese naturally label it, The American War. They've gathered a few pieces of US military hardware and a lot of pictures to illustrate the conflict. A lot of statistics and quotes are used to reinforce the Vietnamese view of the war, a natural result. History is written by the winners.

There are few actual items to look at, mostly big toys out front. 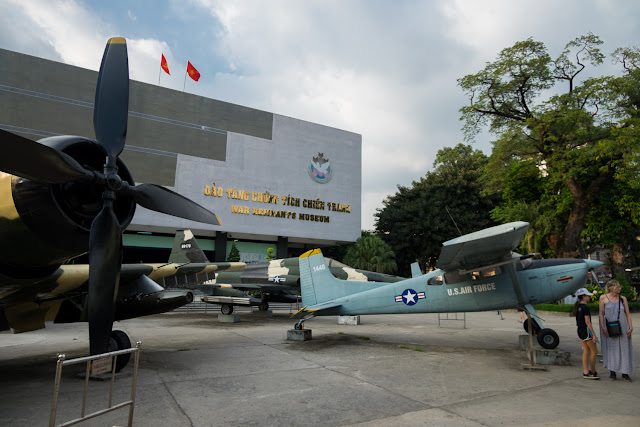 The uniform of GI Katcher. 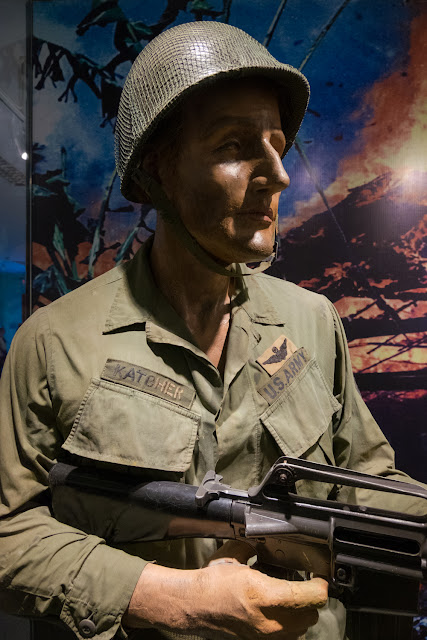 A prison re-creation, bending the limits of 3D perspective. You're supposed to be on a deck looking down on a giant row of cells. 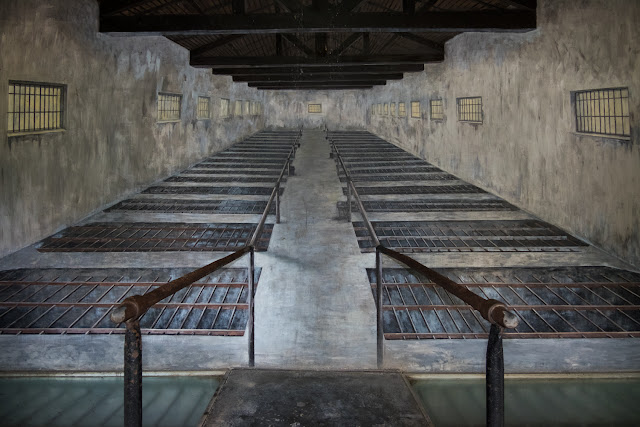 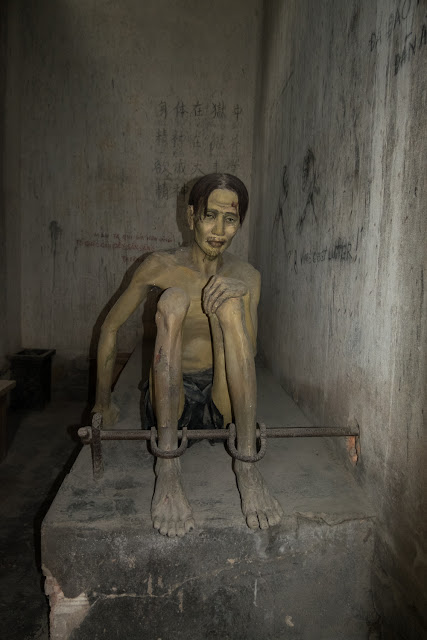 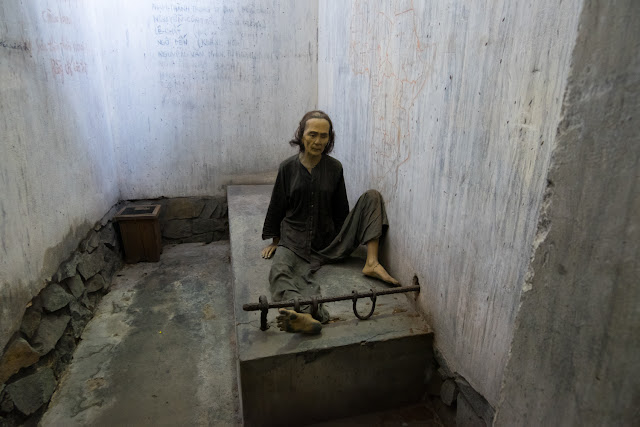 Back outside, a murderer's row of bomb shells. 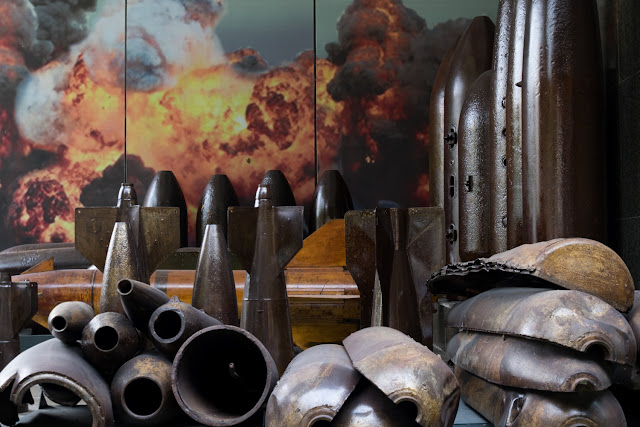