Wat's Happening At A Couple of Temple Complexes In Hat Yai

First up, Wat Thawon Wara Ram. It's a large Buddhist complex, complete with its own college. It's also in the middle of a full re-model and expansion with many details currently covered up. A few signs of what's to come are still present.

The top of an impressive eight-story pagoda. 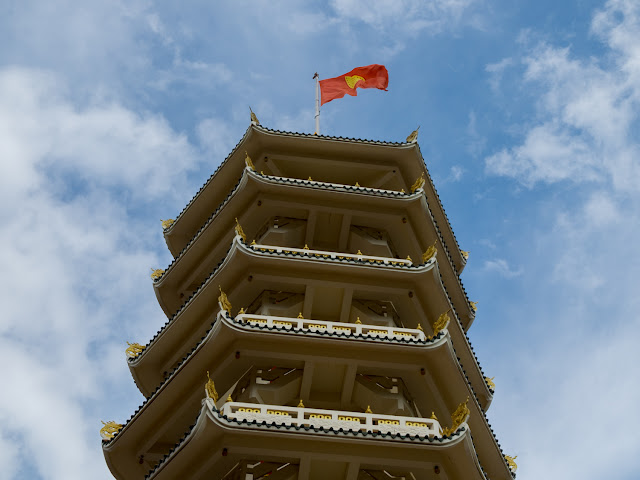 Construction in the background, big figure in the foreground. Ripped. 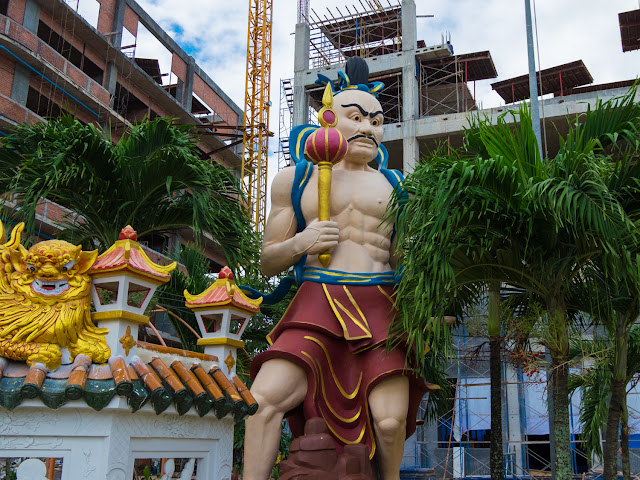 Next, Wat Mongkol Theparam. As usual, regal details on one of the temples. Across a canal, Buddha gets a gold top and an elongated treatment of which Parmigianino would have been proud.

In the mausoleum section, a patinated military sculpture. 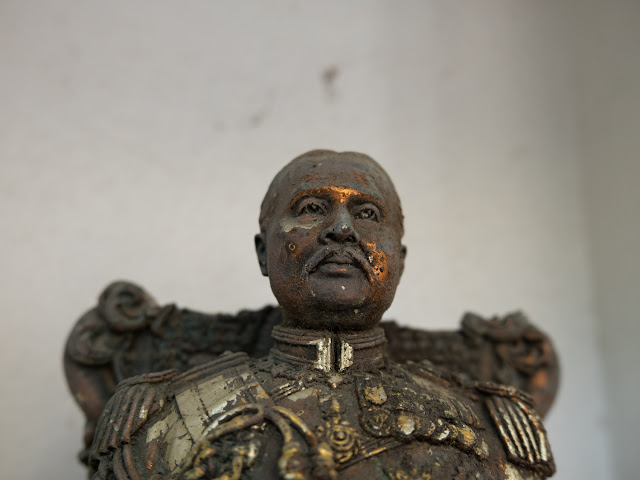