A lot has changed in Eastern Europe since the end of the Cold War. Governments have fallen; countries have regained independence from Russia. The world moves on.

In Belarus, leaving the Soviet Union didn't mean leaving the Communist way of life. On the contrary, if you want to get a good idea what Soviet times looked like, it's better to head to Minsk rather than Moscow. Despite being independent from Russia and having an elected leader, Belarus is still living in a Communist system.

Welcome to Minsk, every bit the Stalin-built city. Is there any doubt you're in Victory Square? 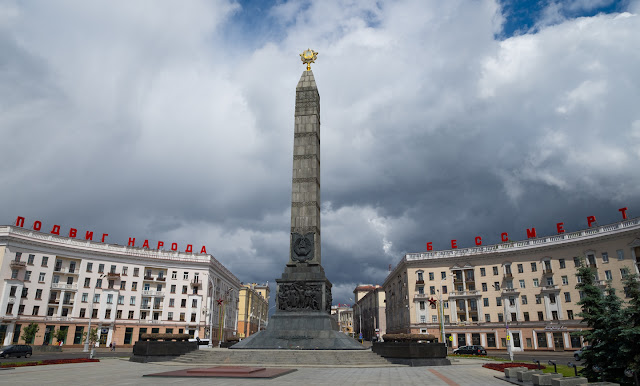 The main boulevard, Prospekt Niezaliezhnasci, Independence Avenue. It's a mega-wide strip, passing through many squares, perfect for big parades, military and otherwise.  A typical municipal building in the Stalinist style. 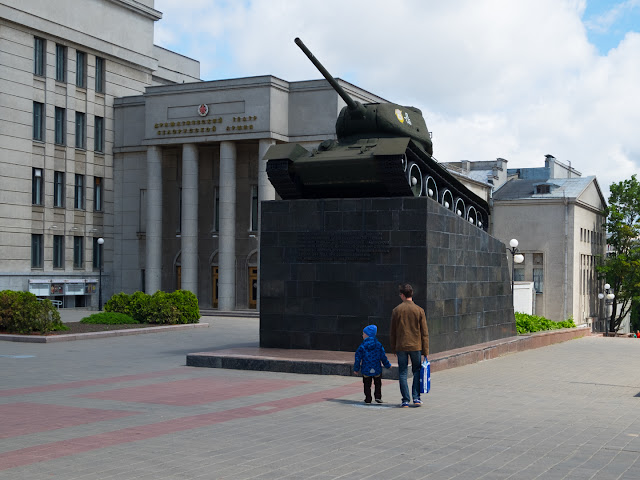 Older architecture, a church and the apartment building where Lee Harvey Oswald lived for a bit. Yep, it's a fact.

The new Great Patriotic War Museum. It's interesting to get the Eastern front perspective on WWII. 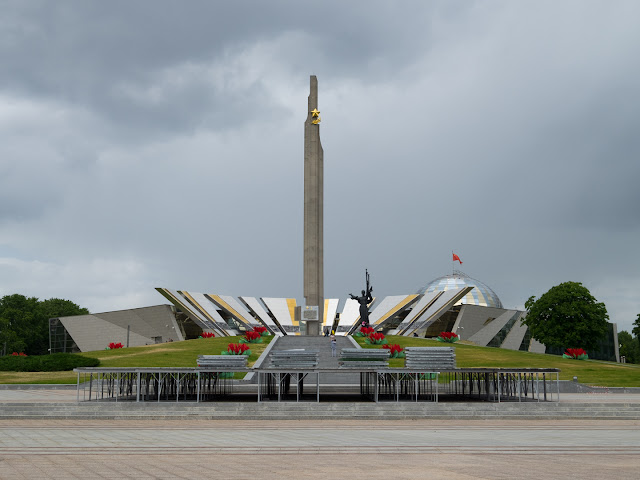 Influences from Moscow, the circus and the theater. 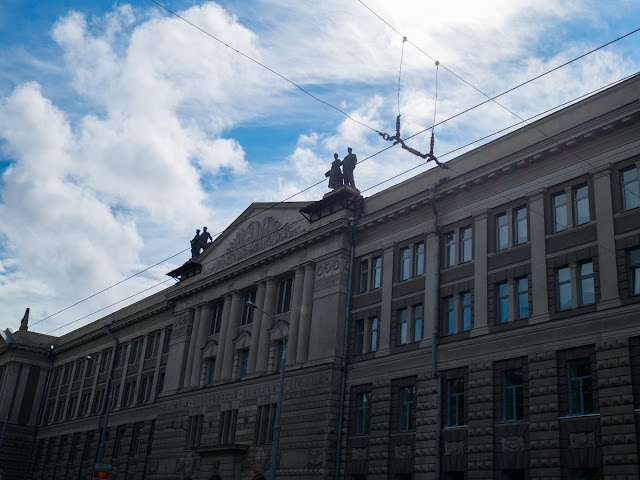