The Memorials At Babi Yar

Babi Yar is a ravine in suburban Kiev, infamous for being the site of one of the largest Jewish massacres during the Holocaust. From September 29 to 30, 1941, 33,771 Jews were led to the ravine and shot to death. During the overall German occupation, it's estimated that 100,000 to 150,000 Jews, Russians and other people labeled undesirable by the Germans were killed at Babi Yar.

The Soviets refused to allow a memorial specifically to the murdered Jews. Instead, in 1976, they erected a memorial to all the Soviet people killed. 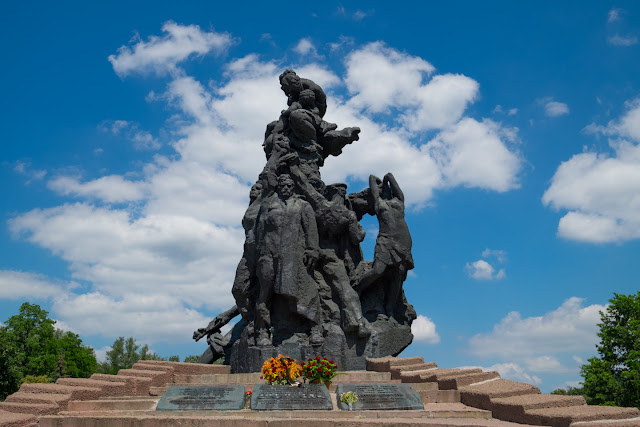 Another view and a look at the surrounding moat. Which is not the actual ravine where the Jews perished. History adjusted as needed.

Today, Babi Yar is part of a larger park. 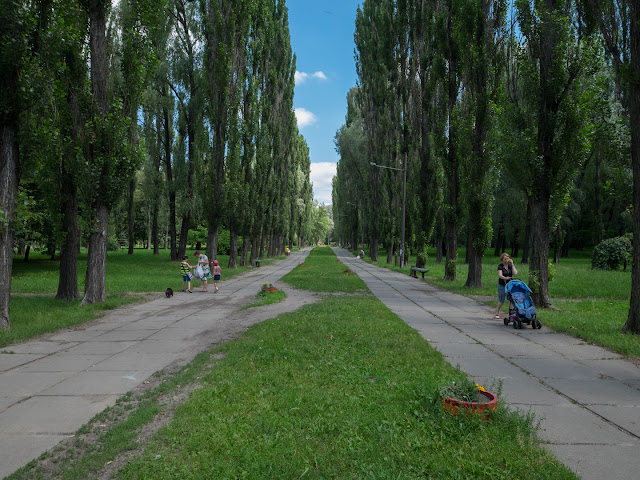 Other memorials have been added. To Ukrainian Nationalists and for children killed.

Monument to Tatiana Markus, a Ukrainian tortured by the Gestapo in 1943. 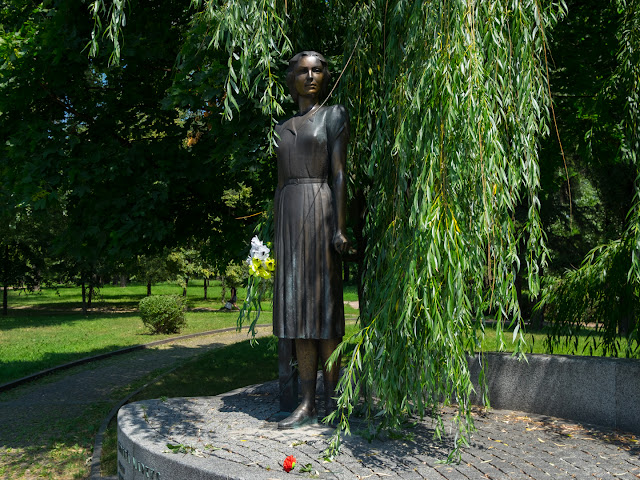