Next to nearby Borobudur, Candi Sewu is the largest Buddhist temple complex in Indonesia. It also predates its immediate Hindu temple neighbor, Prambanan. Candi Sewu is a comer. It's also one of the few temples in SE Asia that's currently being actively renovated. Gotta line up those rocks for future generations. 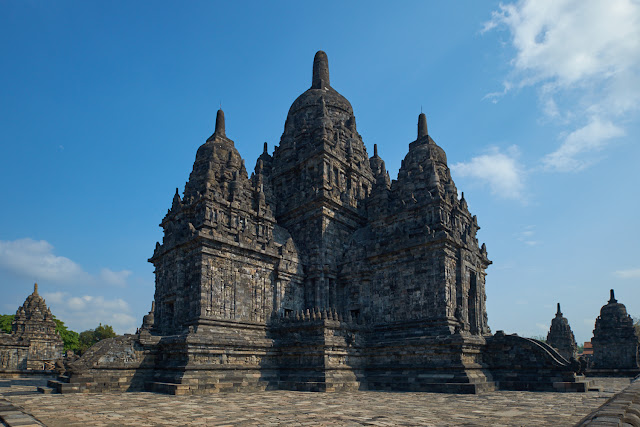 Smaller temple, topped with the Buddhist classic bell. The reconstruction, a work in progress.

Yes, reconstruction. They're busy at Candi Sewu, with several areas under heavy rebuilding. 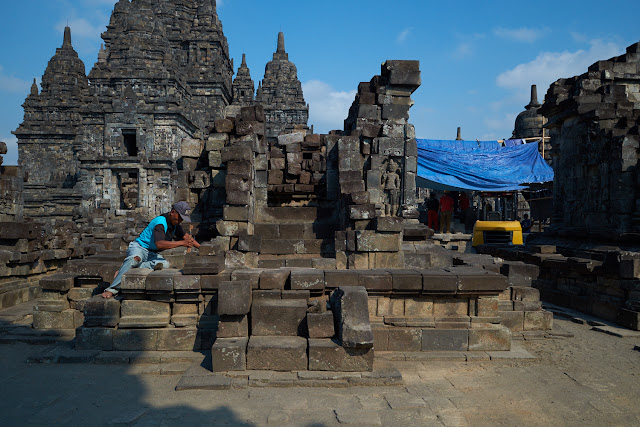 Another bell, reassembled on the ground first before finding its final place on top of a small temple. Someone in need of a head.

Plenty more work to be done. These rocks aren't finished walls, they're an endless row of separate temples, waiting for reassembly.