With Cyprus now divided - Greeks to the South, Turks in the North - many of the mosques on the Greek side have now been abandoned. In Nicosia, there's still a functioning Mosque on the Greek side as well as a large mosque in the Turkish half. 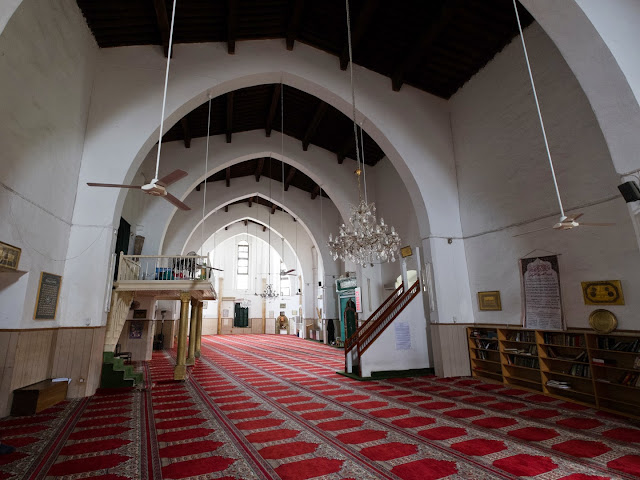 Wandering to the Turkish side, the main place of worship is the Selimiye mosque. The present mosque was originally built as a gothic cathedral, started in 1209. Once the Ottomans took over, Saint Sophia became a mosque in 1570.

Mosque on the outside. 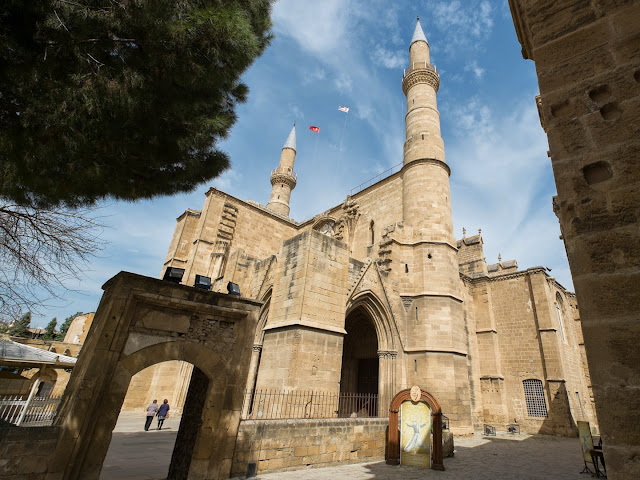 Plenty of Gothic touches still apparent on the inside.