Going Cold War At The Plokstine Missile Base Museum, Lithuania

If you want to get a little chill from relatively recent Lithuanian history, head to the Plokstine Missile Base museum. In 1960, trying to keep up with the American Joneses, the Soviets were looking for a central spot where they could park a few medium range missiles. Plokstine came up aces and the digging began. Lots of detail here.

Four missile silos were constructed, along with an underground central support base. Today, you can tour the base - now turned into a museum - and peek inside one of the silos.

Ground zero. The four lumps of sugar are the missile silo covers.

The support area is a multi-level maze of rooms. Old gear is still around, big and small. 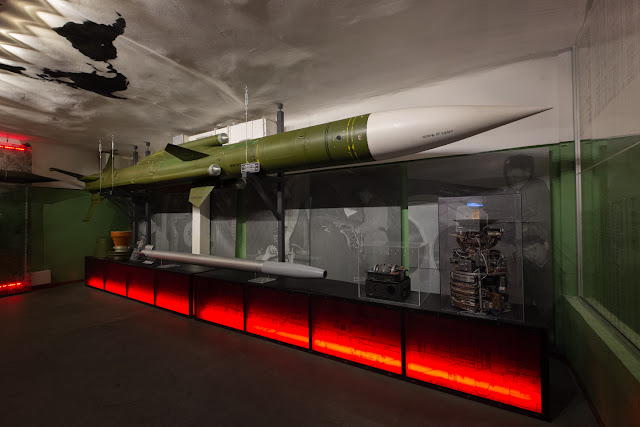 Some duck and cover-era memorabilia, gas masks and paraphernalia pamphlets. "Don't worry, the radiation will wash right off and you'll be right back to work!"

The money shot, inside a missile tube, about 75 feet high. Best part of the scene? The exploding mushroom cloud footage looped to play on the wall. "I got it!" 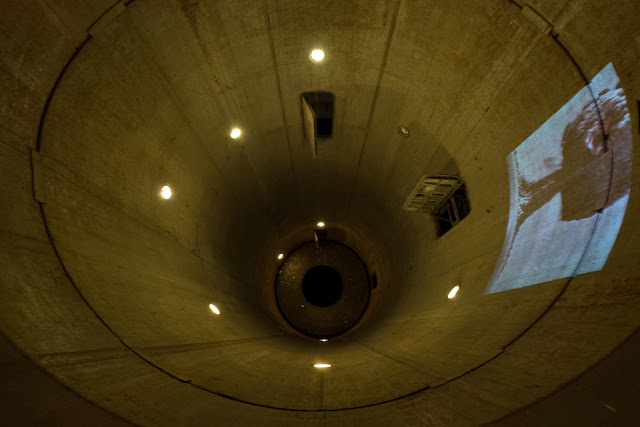