Langkawi is a laid back tropical island in the Northern Malaysian state of Kedah that contains a massive museum created by former Prime Minister Dr Mahathir bin Mohamad. Although, he isn't from Langkawi, Mahathir does hail from Kedah.

Malaysia's fourth prime minister wanted to display the various multitudes of gifts, souvenirs, and awards he and his wife, Dr. Siti Hasmah, received from world leaders, foreign governments, regular Malaysians and others during his tenure. Since he was Malaysia's longest-serving prime minister - 22 years from 1981-2003 - well, that's a lot of gifts.

A lot. So many gifts that not all of them are on display at one time. 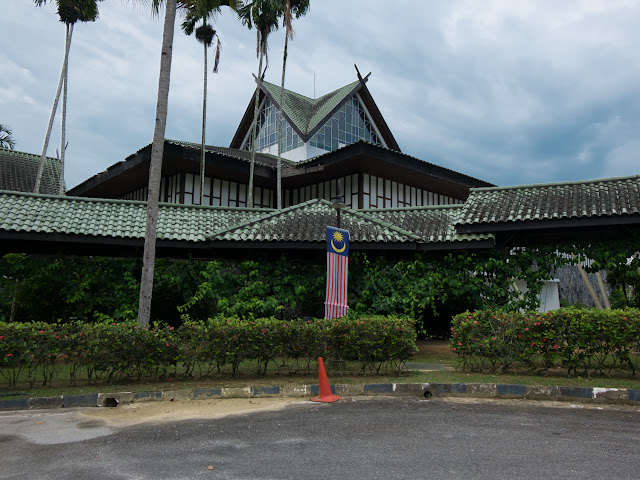 The gifts roll out quickly and endlessly in room after room. The building itself is impressive, grand galleries with fancy ceilings in the style of the best mosque design.

So many gifts to see. Don't worry, plenty more things will be shown in upcoming blog posts. 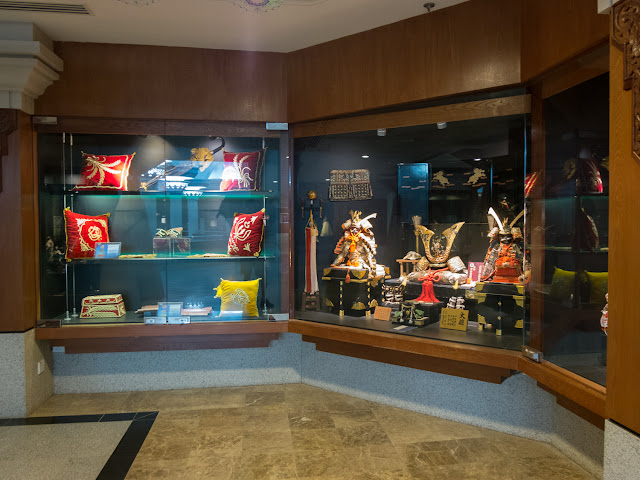 How much stuff? This expansive area is identified simply as the sword room. Wow. Here's a typical gaggle of gifts, under the theme of jade. You gotta start sorting somewhere.

The gifts keep getting bigger. Out back, a ship that didn't fit inside. Squint to see Sarah for scale. 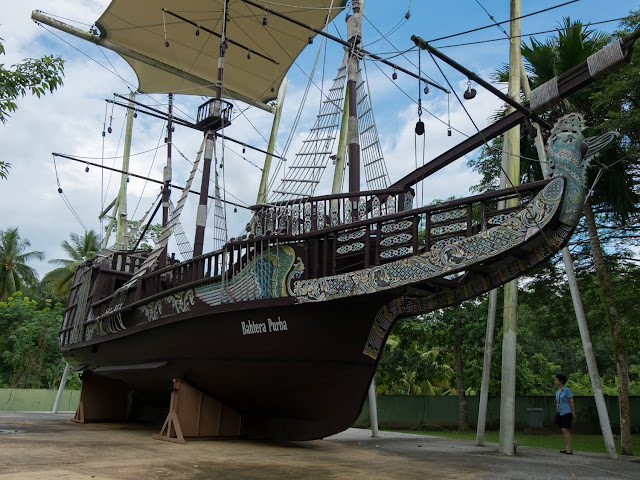 Next up, a closer look at the enormous variety of gifts.
Posted by James and Sarah Talalay at 12:00