Right in the middle of Vilnius' fanciest street, Gedimino, sits the former KGB headquarters building. It's a grand, stately-looking place, hardly looking like the horror it once was for so many years, while Lithuania was under Soviet occupation. 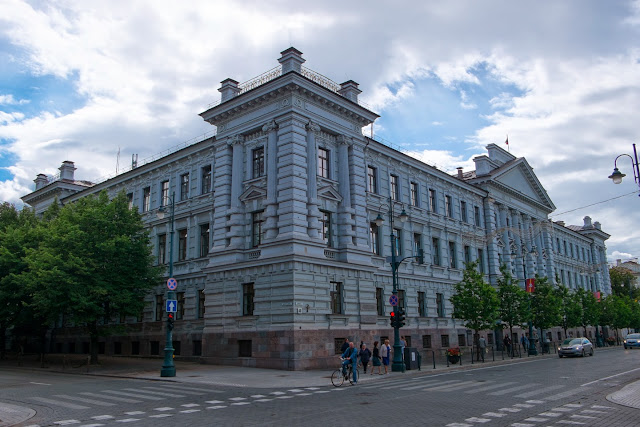 Lithuania has created a moving, wonderful tribute to make sure no one forgets that terrible time. They've carved on the foundation blocks the names of people tortured and executed within the building. Now, you can't walk by without thinking about what happened. The names also commemorate those brave people and make the crime specific.

Flowers placed at a commemorative plaque. 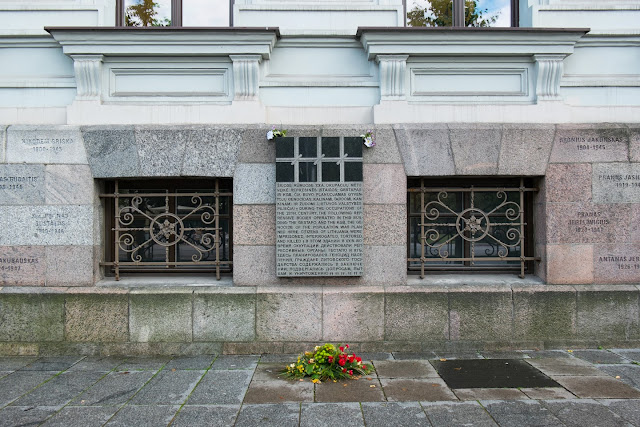 The building now houses a museum chronicling what happened in the country at the hands of the Germans and Russians from the start of World War II.

A look at one of the many names. So young. 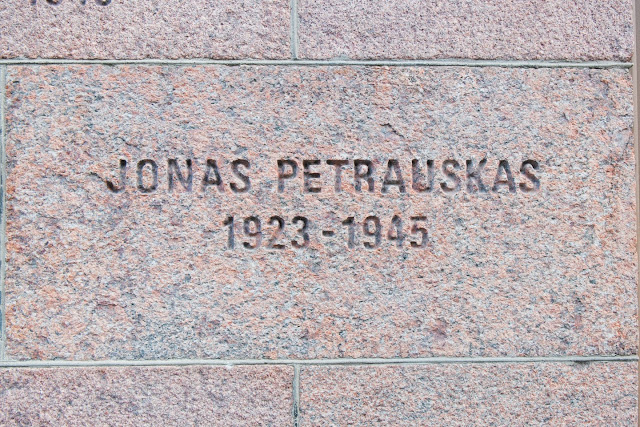