Obviously, the star of Gruto Parkas is Lenin. When in doubt, go for the supreme symbol of communism. If you're worried about repeating what's down the block in another park or square, try and strike a unique pose, create an original expression or moment. Presenting, the many moods of Vladimir Lenin. 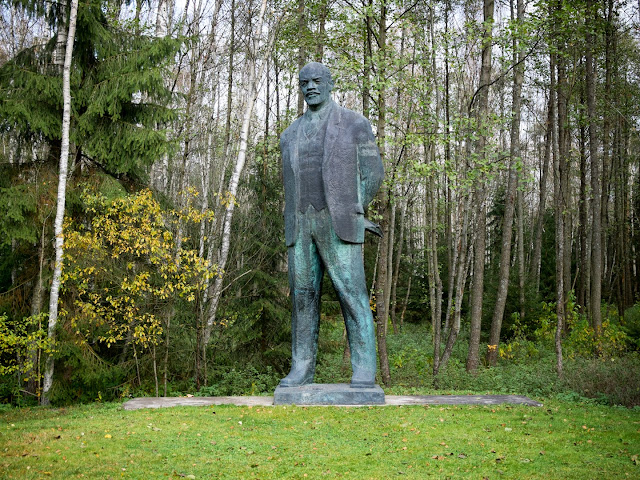 Waving Lenin (his thumb is now lost) with Little Lenins. 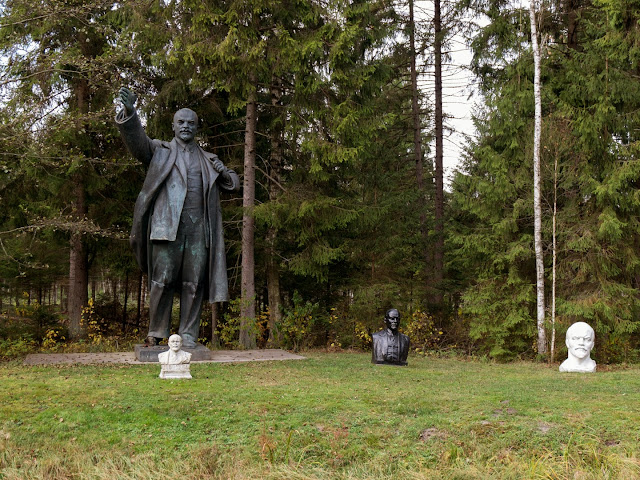 Pointing Lenin (with Vincas Mickevicius, a Lithuanian communist leader). "Are you going to pick that up?" 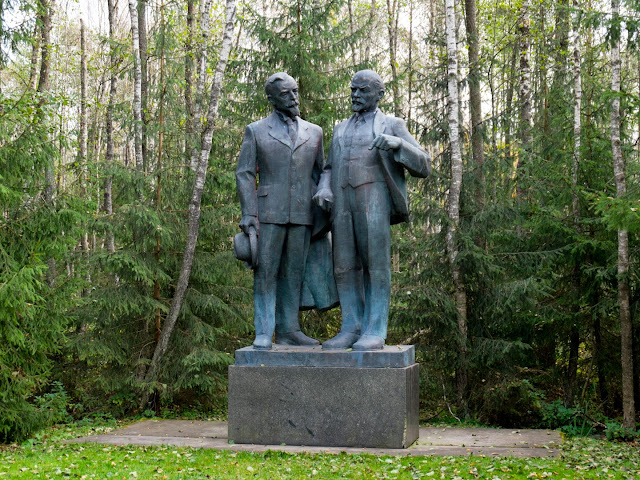 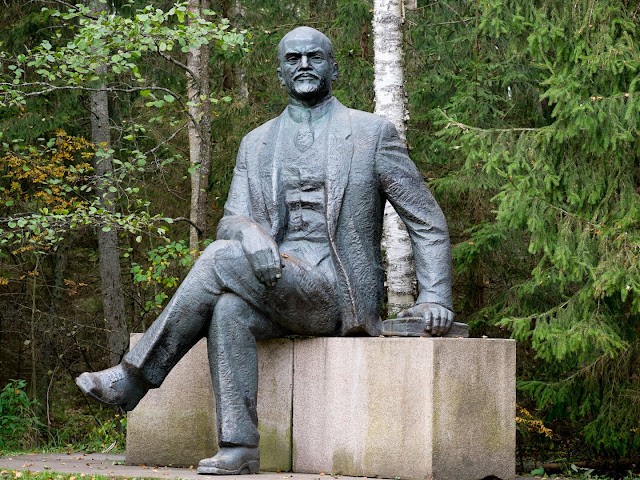