Moving past the holy-themed graffiti in Vilnius, we come to a war on graffiti itself. Or are we fighting fire with fire?

Here's a section of graffiti in Old Town, Vilnius. What's that white paper? Has the graffiti, dare we proclaim, been defaced?! Can an element of defacement be itself defaced? Are we entering an M. C. Escher vortex? 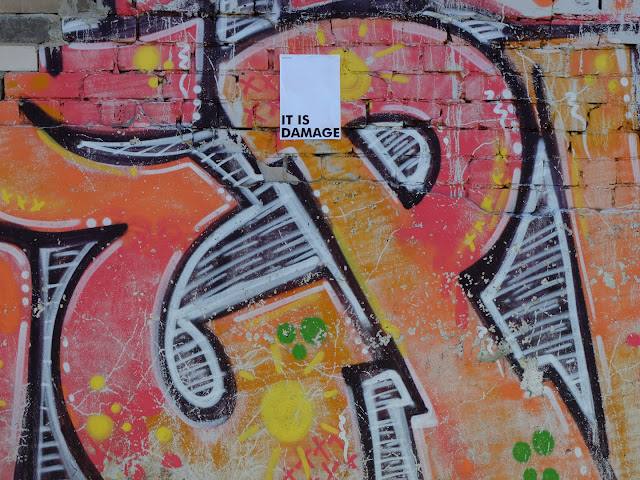 Doubtful. These warnings over the evils of graffiti have sprouted all over town, promoting a variety of back-up to their cause.

First, they're just telling you what "they" have done before. Don't kill the messenger. Or the comma challenged.

Second, time to strike some fear. Hard money and hard time. According to....is there another Detroit? 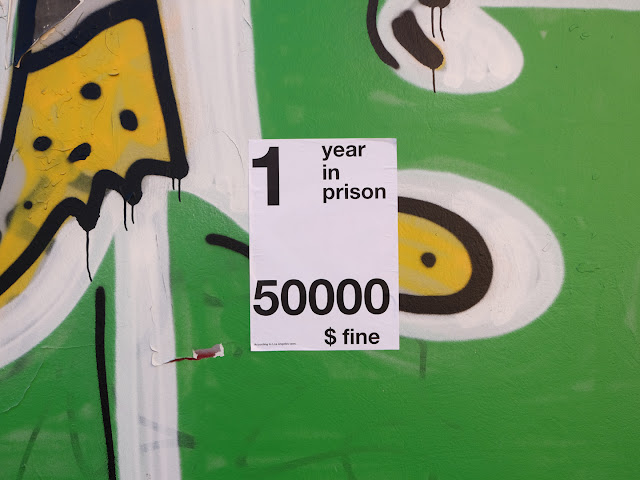 So what's the deal? Legitimate anger over the proliferation of the spray arts around town? It seems so, but where are the references of where to go to join the cause, the web address, the email, phone number? Or some sort of local backing? Citing Detroit isn't going to get you anywhere.

More likely, a provocative shot across the bow of street/performance art. Ultimately, like the graffiti itself, clear purpose and authorship remains a mystery.
Posted by James and Sarah Talalay at 12:00