Gardens By The Bay, Singapore

Right past the huge Marina Bay Sands hotel/shopping complex in Singapore is a fancy, brand new botanical park called Gardens By The Bay. It's an accurate title, but doesn't quite do justice to the amount of planning and resources poured into the place. Forget a few paths and meadows and think giant public works showcase. Luxurious walkways; elaborate plantings. A giant domed greenhouse (of course, the world's largest) and the star of the place: "living" columns. 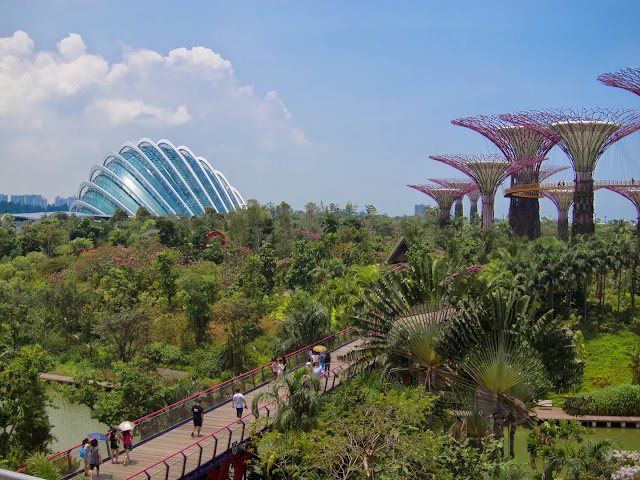 The columns aren't really alive, but they're covered in plants. Think vertical garden taken to the extreme, a column encrusted with bromeliads, ferns and other tropical foliage. Impressive. 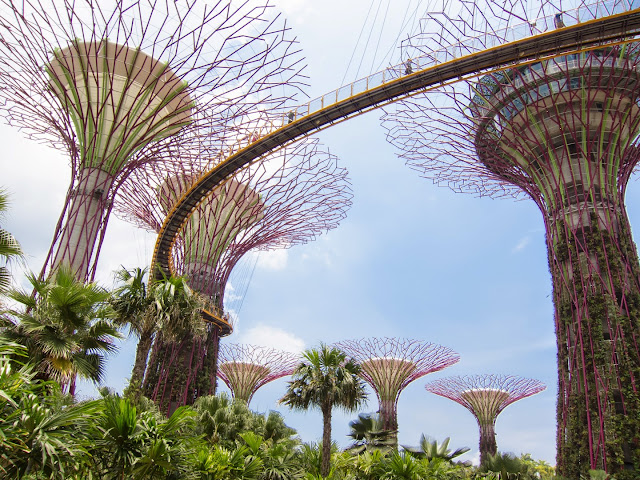 You can go up into the end columns and take the swaying bridge that spans between them for a nice view and a shaky walk. A closer look at the column plants.
The park just opened in 2012 and is a big tourist attraction. Time to take in the view and snap a picture. 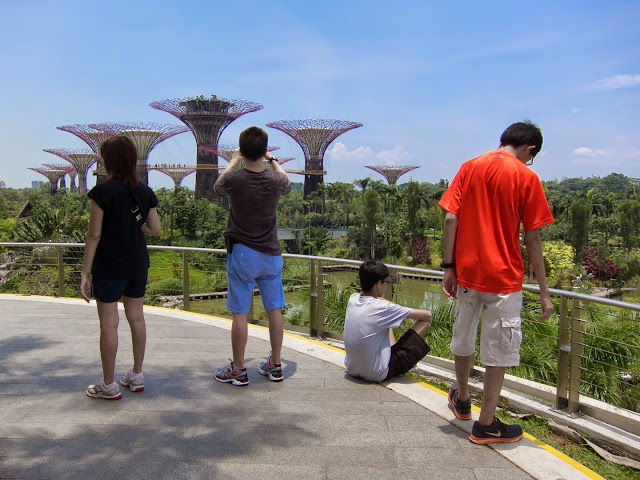