A few kilometers outside the small north central Oman city of Ibra sit the ruins of an ancient village, Al Munisifeh. The structures look almost Roman, built with thick stone walls and arches. What's interesting is the old village still houses families and is a viable place to live. People simply build a house in an empty lot right next to an ancient ruin. Al Munisifeh is disappearing and growing at the same time.

One of the more impressive ruins. 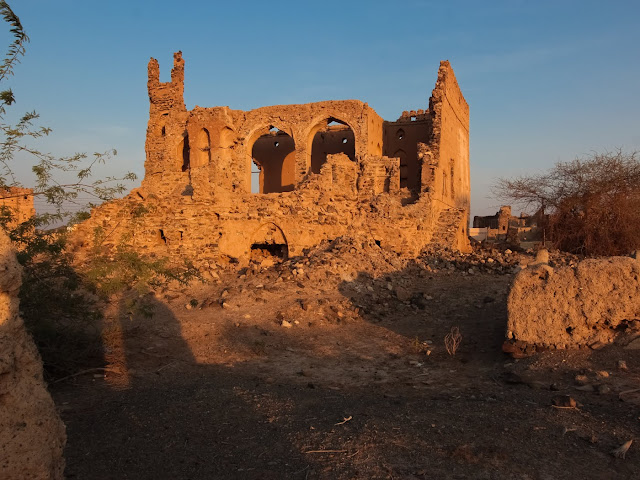 A little sunset football in the street among the ruins. 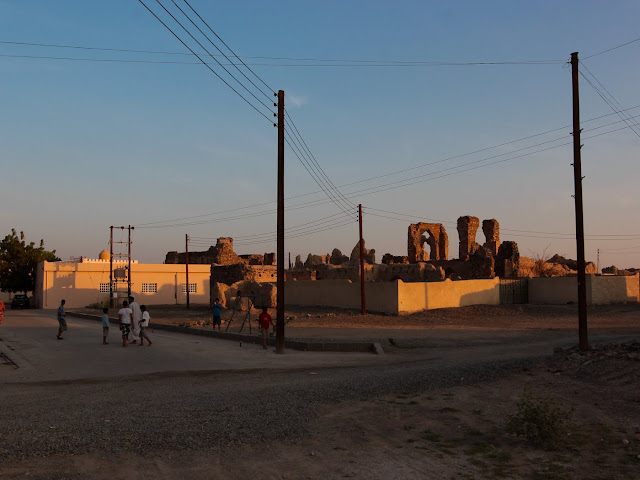 The villagers restore or use what's still valuable, whether a group of houses near a town gate or a wall dividing fields in the surrounding area.

Modern houses built next to decaying ruins, more symbiotic than it looks. 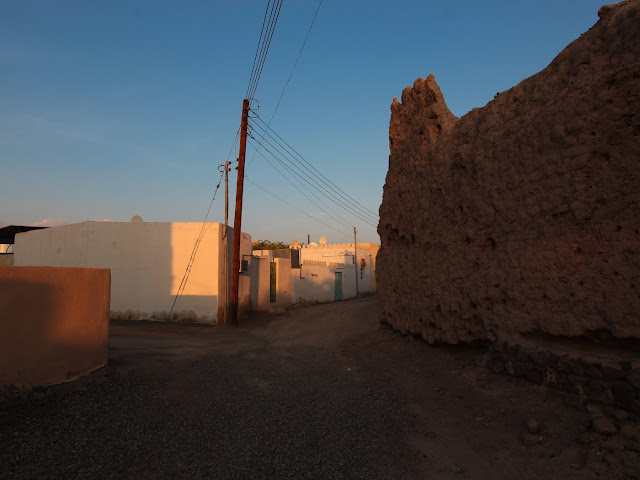