India has arrived.  How do we know?  Herman Miller, the furniture designer/seller that's the epitome of swanky "Mad Men" era style has opened its first store in Bangalore (hey, we're poets on the side).  It's their first store in India.  Those tech boys and girls with their new, hip apartments need stuff to stuff in them.  Mr Miller ain't no dummy.

They also went for an equally hip building (which isn't finished yet, the top floor will have windows): 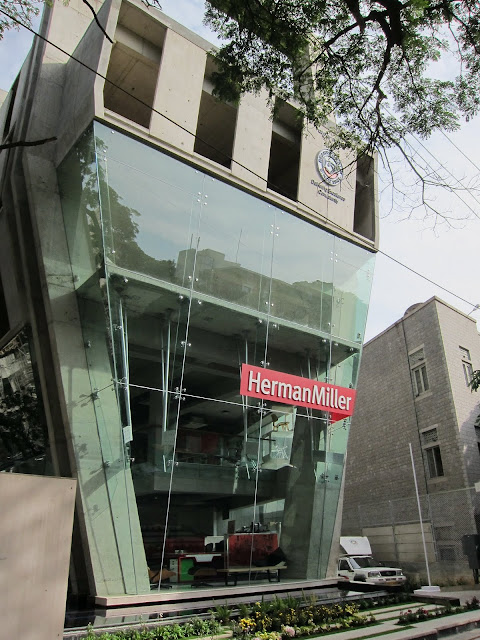