New Delhi has a beautiful old tomb - the city's first Mughal mausoleum that's home to remains of the second emperor, Humayun. Its construction, completed around 1562, was overseen by his senior widow, who is now buried alongside him. It's a bucolic setting and the majestic red sandstone tomb with inlaid black and white marble was considered a model for some shack called the Taj Mahal.

Down through the entry gate, wait for it.... 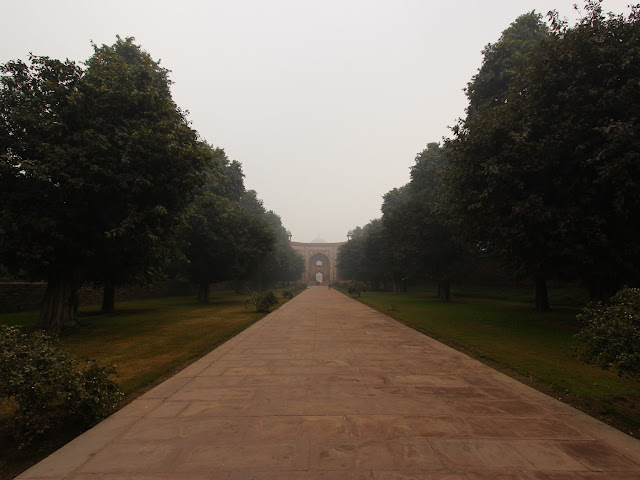 Ahh, there it is. The beautiful tomb on a misty morning (actually, mostly pollution from all the burning of everything to keep warm in cold Delhi). 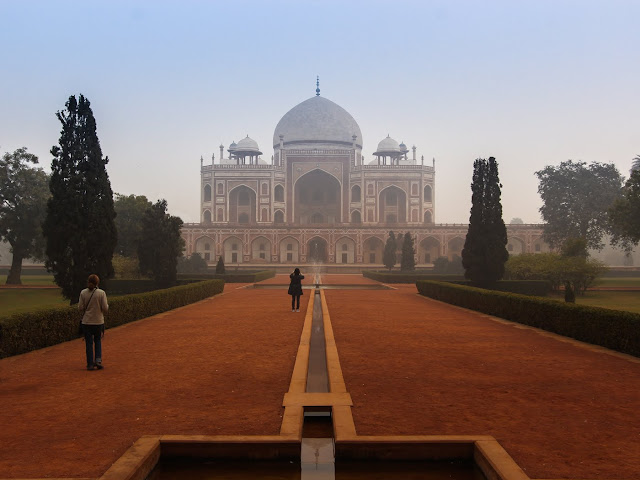 Sarah on the side. 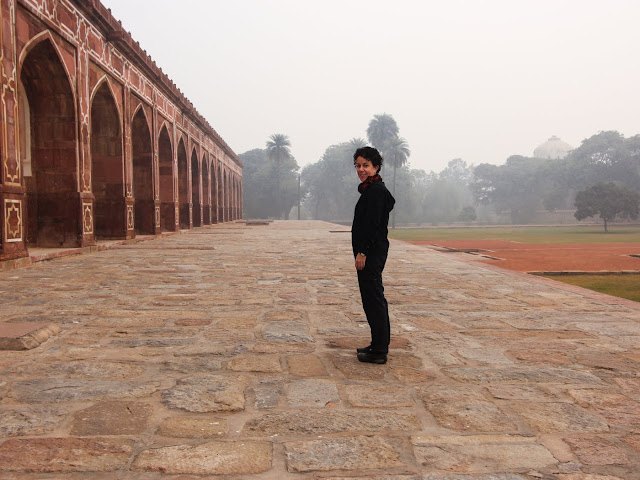 A couple of views of the bright interior.
Looking at the back of the tomb, beautiful from any angle. 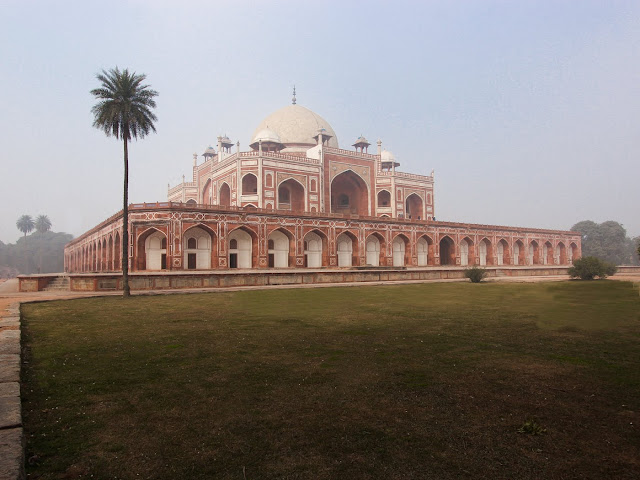