Unlike India, where color scheme and customization is regulated, anything goes in Sri Lanka. It's hard to believe that India, so much bigger and so much less organized, can clamp down on the millions of tuk tuks, but tradition is a strong motivator. Where we live in Chennai, you can paint your tuk tuk any color as long as it's yellow. And don't forget the black top.

In Sri Lanka, you can forget everything and just enjoy expressing yourself through your tuk tuk. Here's a driver who believes in blue. 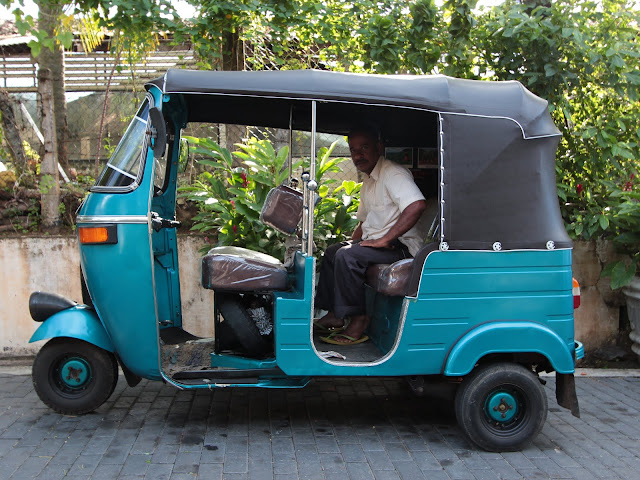 Burberry could have sponsored these tuk tuks. Their famous color scheme translates well to the three wheeled machines. More tuk tuk colors at a garage.

Tuk tuk portrait in red. Three beauties.
What else can you do with a tuk tuk? Turn it into an, ahem, ice cream tuk. Yuk, yuk, yuk. We do like that the little tuk tuk ice cream company's name is Elephant House. 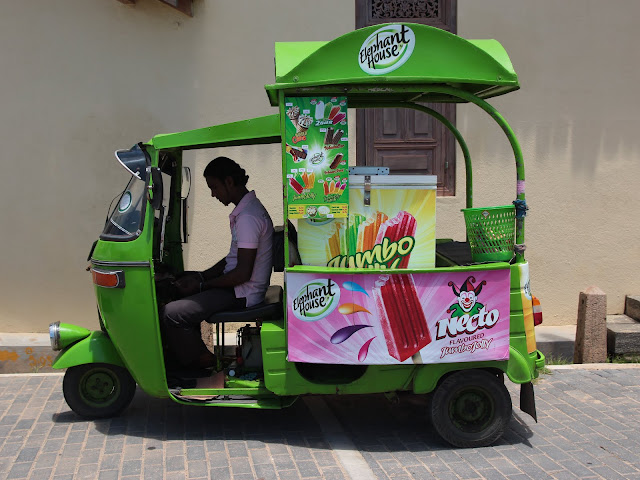