Lapping Up The Kiruna Church

What was voted the most beautiful building in Sweden in 2001? Glad you asked. The Kiruna church. Completed in 1912, the church sits in the center of Kiruna. The town was founded on mining, a bit of a "wild west" at the turn of the 20th century. The former mining boss wanted a church and requested that the architectural style emulate a Lapp cottage.

Tourists, making their way to the church. 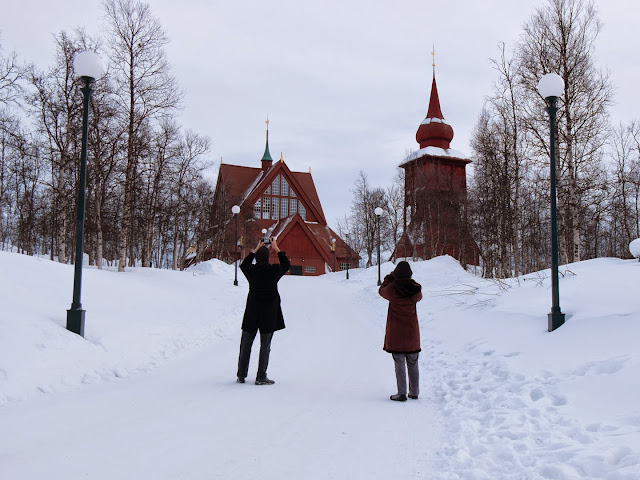 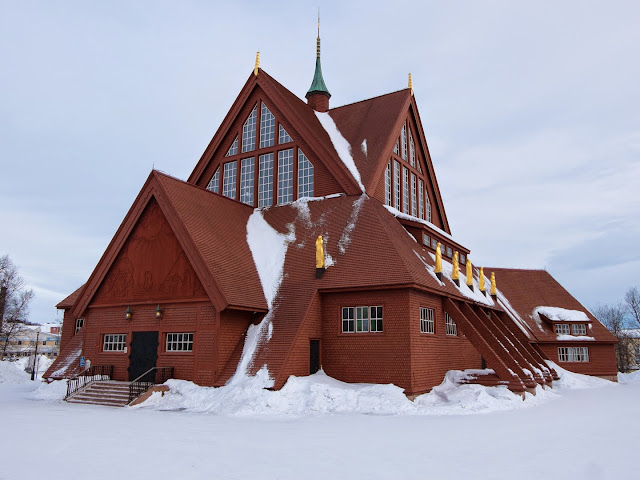 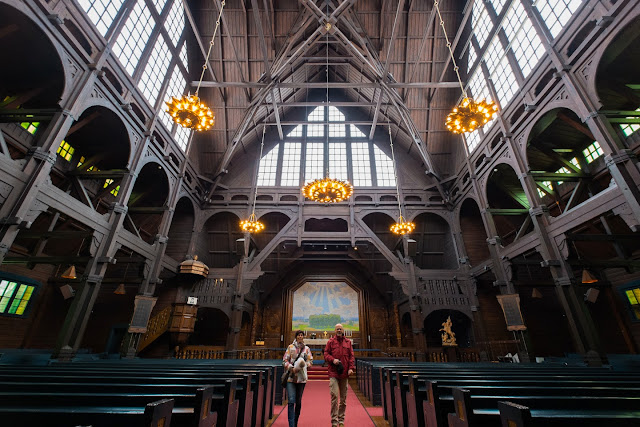 Details. On the exterior, there are 12 golden statues, each designed to show the different "frame of mind" of man. Updated to included staring at a smartphone? Back inside, a sea of benches, appropriately blue.

The inside framing, naturally soaring. 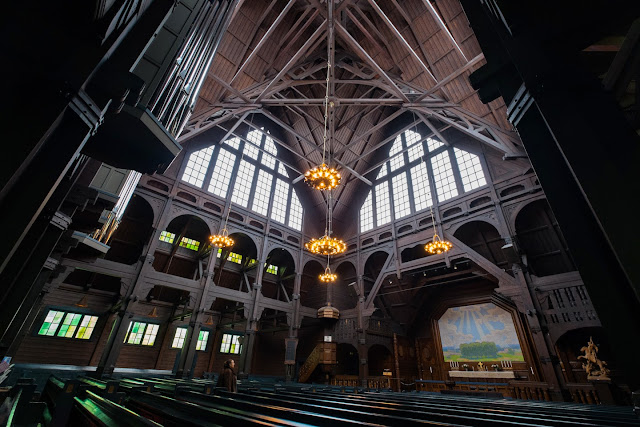 A look to the pulpit. 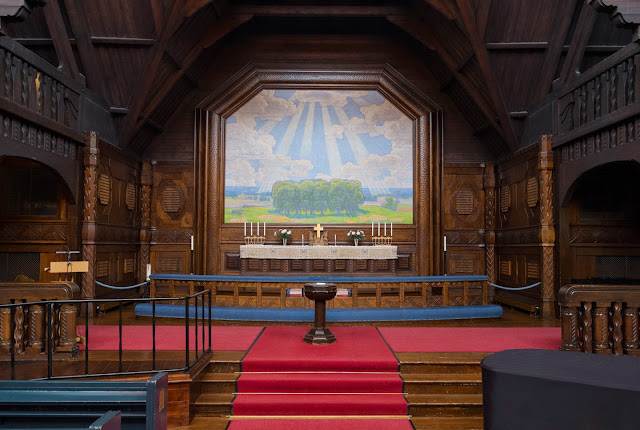 Looking back to the organ, an addition in 1957. 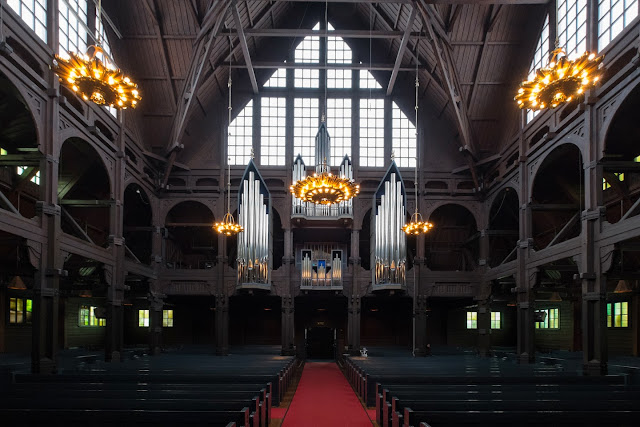 The mine in Kiruna has been such a success that its expansion is now causing the center of the town to collapse, including the area that includes the church. There's a complicated (and expensive) plan to move the whole downtown, including the Kiruna church.
Posted by James and Sarah Talalay at 12:00