Hello Mini Taj. Of course, we've seen the big boy, Taj Mahal. And stopped by to pet the little one, the Baby Taj. Now, collect all three and see the Mini Taj!

Officially known as Bibi Ka Maqbara, the Mughal mausoleum is located in Aurangabad, about six hours northeast of Mumbai. There's a connection to the Taj Mahal as the mother-in-law of the woman buried in this tomb, is buried at the Taj. Got it?

The other connection is the blatant architectural imitation, and not a flattering one. Hey, it's hard to come after a legend, no matter how weakly you make the attempt. To be fair, the Mughal who built the mini Taj wasn't really interested in architecture. "When are you going to build me a mausoleum like my mother in-law's? When?" his wife probably nagged. 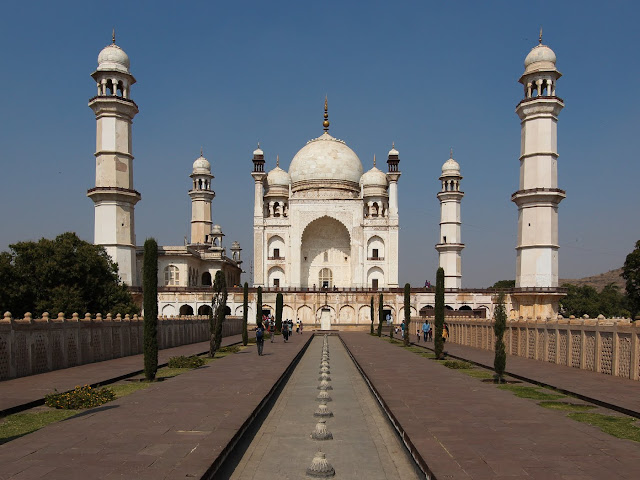 Hey, pose a few Americans in front and it looks like the Taj Mahal. 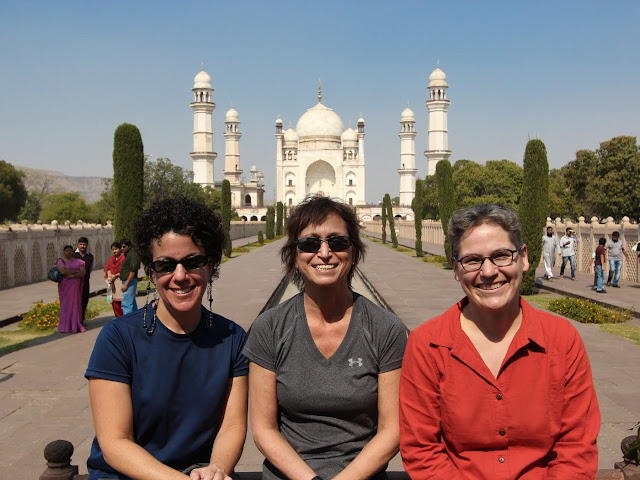 Get closer and the material details and lack of upkeep start to give the place away. The mausoleum is falling apart. Unlike the real Taj, which is completely covered in marble, this shack only used the nice stone for select sections. In the photo on the right, marble is only used for about the first four feet of height.

Inside the Bibi Ka Magbara, an unusual design of a center opening, looking down into the tomb. Today it seems to be a giant wishing well.

Going local with a group of cute kids for the classic, symmetrical pose. 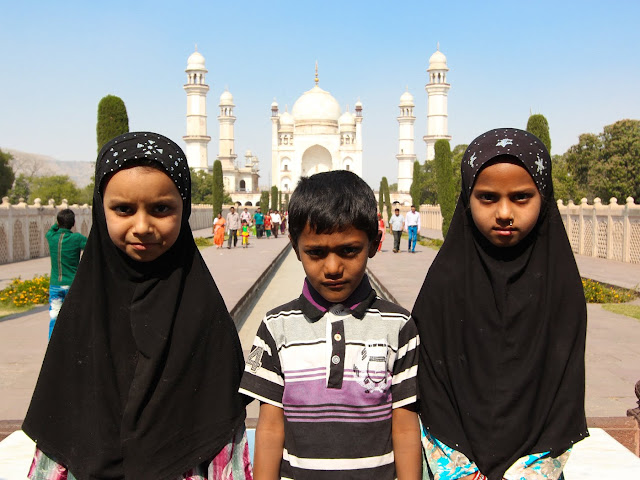