*Or How I Learned How To Stop Worrying And Love Praying With 100 Million Hindus.


James recently went to the largest gathering of humans on Earth. Ever. Not Woodstock, Daytona, Mecca, those events and anything else you can think of would fit in a thimble being held by a mouse hanging out at the mighty Maha Kumbh Mela.

Put simply, the Kumbh is a once every 12 years religious event held in Allahabad, India. Pilgrims and a sect called Sadhus come from all over the country to bathe in the sacred confluence of the Ganga (Ganges), Yamuna and mythical Saraswati rivers. They come by the millions, some staying weeks to visit Ashrams that have relocated to the festival. Imagine a Burning Man for Hindus.

Most important, they come to bathe and cleanse their sins in the holy rivers at specific times. During the two-month festival, there are a handful of formal bathing days, times when the water is said to be at its holiest. The population at the Kumbh swells, bathing sites are packed and the sadhus come together to bathe.

James went for a week for a photo workshop and spent plenty of time exploring the festival. He saw one of the big bathing days and what everyday life at the Kumbh was all about. Just don't ask him to explain any of it.

The symbol to the world of the Kumbh Mela, a Sadhu, covered in ash after a bathing. 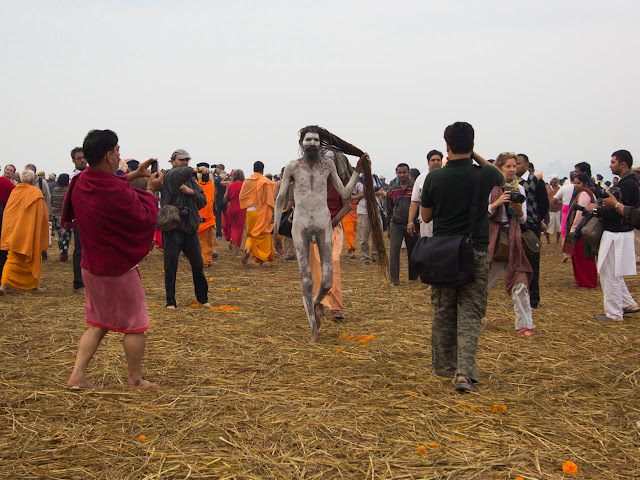 The railroad bridge over the festival. Pilgrims bathing.

And many more pilgrims getting ready for a holy dip during one of the big bathing days. 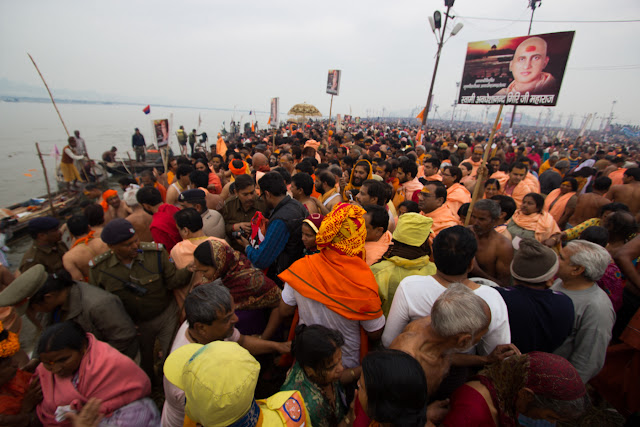 Between bathing, there's time for music and religious amusement booths.

A proud pilgrim, holding a jug of holy water to take home. 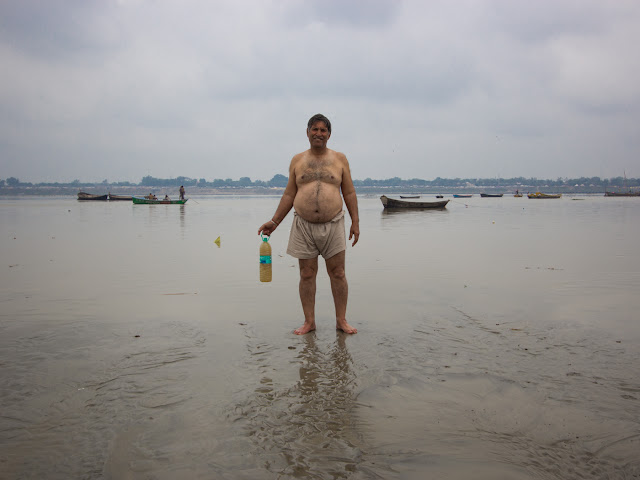 Sadhus hang out, happy to receive anyone who strolls by. At nightfall, the Kumbh turns into a carnival roadhouse-like atmosphere of brightly-lit Ashram outposts competing for pilgrim patronage.

The sun sets on another day at the festival, time to walk the elephant. 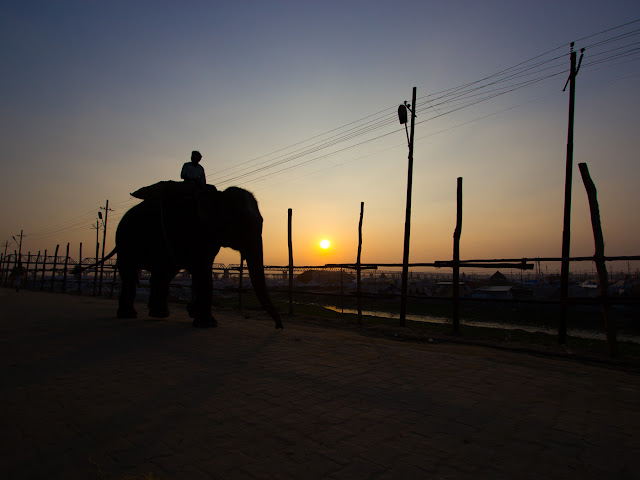