We just showed you the basic layout of the Kumbh Mela, the location, tents, bathing areas. What else is to be found?

The police were stationed everywhere, directing traffic at intersections and making sure bridges didn't get over-crowded. There was also a fire department presence, complete with snoozing fire dog. 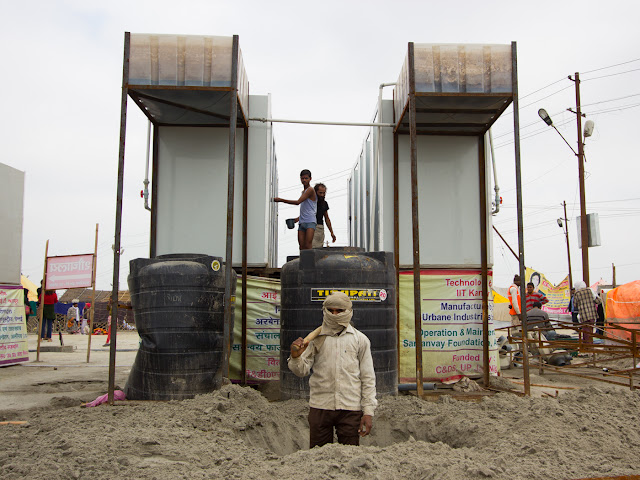 Water taps could be found all over the place. And it wasn't exactly a secret where all the waste ended up.

A typical scene, folks moving out by tuk tuk, firewood moving in by camel. 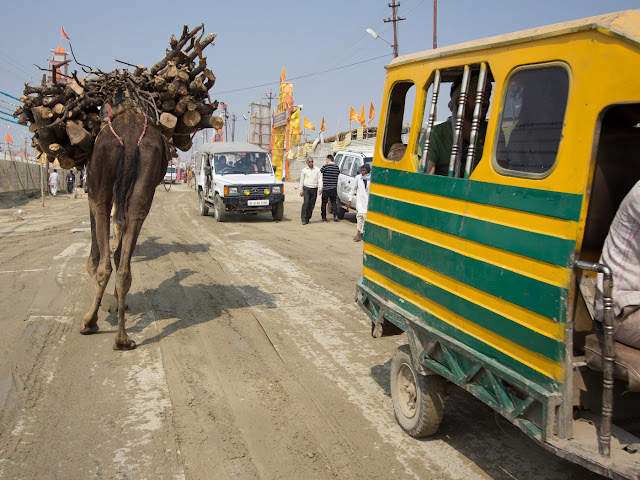 Domestic life. A sadhu hanging laundry and a couple of kids playing while mom tends to the chores.

Finding a little solo time amidst the throngs.