When do restaurants become institutions? When they're started by immigrants in 1923 and are still operating, still serving the food of their homeland. Such is a place in Mumbai: Cafe Britannia.

The Kohinoor family came to Mumbai from Iran, leaving behind a farming existence once water from the Yazd river couldn't support them. The Parsi community helped them get on their feet, first with tea stalls and eventually with a cafe that's still open.

What else makes an institution? How about the same family still running the place and only into its second generation. That's right, a son is running the show at the young age of 90. And his son works there. And a younger brother, only 83. Let's just say they have experience running a restaurant.

Come on in and take a look at the menu- and motto. 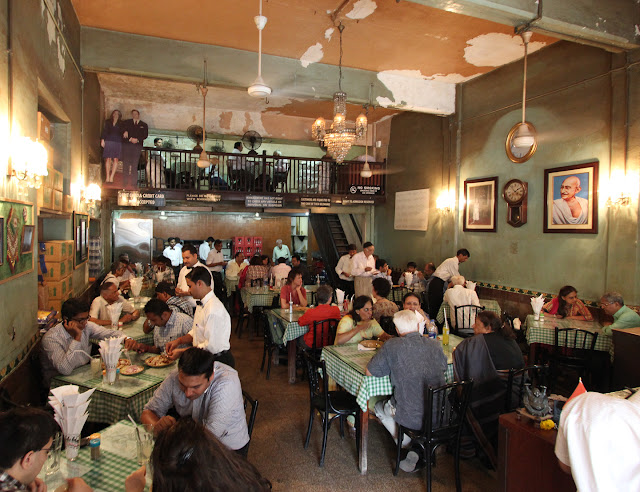 The current generation, the son and heir, Boman Kohinoor, holding a picture of the Queen. He invited her to dine, but she sent a note of regrets. Still, she's part of the holy trinity on the wall.

A peek behind the facade, the all Indian kitchen. 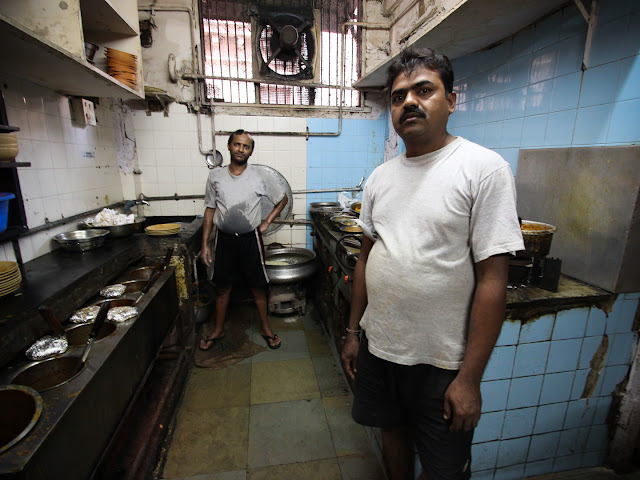 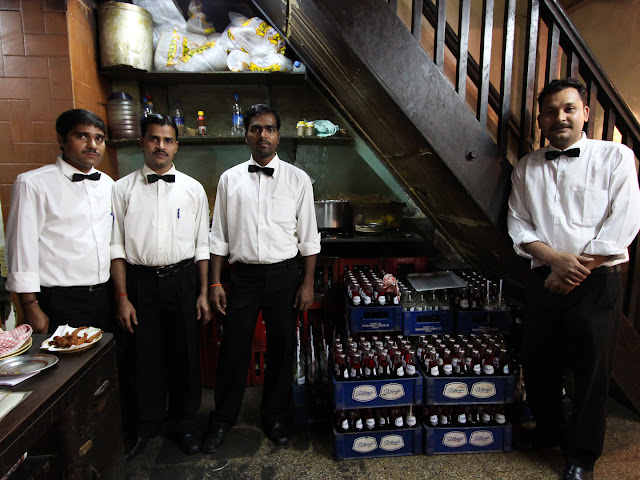