Jim Thompson was an American businessman, architect, and collector -- a renaissance man, you could say -- who is credited with helping revitalize the silk industry in Thailand in the 1950s and 1960s. He joined the army during World War II and was recruited to the precursor of the CIA, which eventually took him to Thailand.

After the war, he focused on the cottage industry of handwoven silk. He also collected antiques and in the late 1950s began constructing a home in Bangkok from parts of other old houses. What he created is a remarkable collection of buildings in a stunning garden setting -- made all the more spectacular due to Thompson's mysterious disappearance during a trip to Malaysia in 1967. 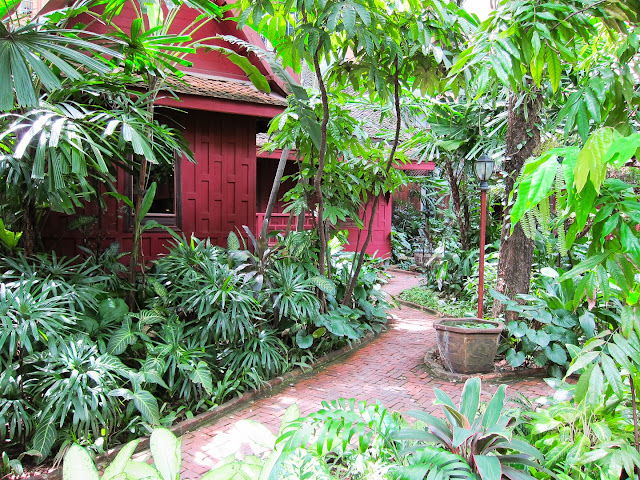 Fountains, flora, an inviting retreat -- what's not to like?

The grand entrance at the back of the house, leading to the main living area (no photos allowed inside, drat). 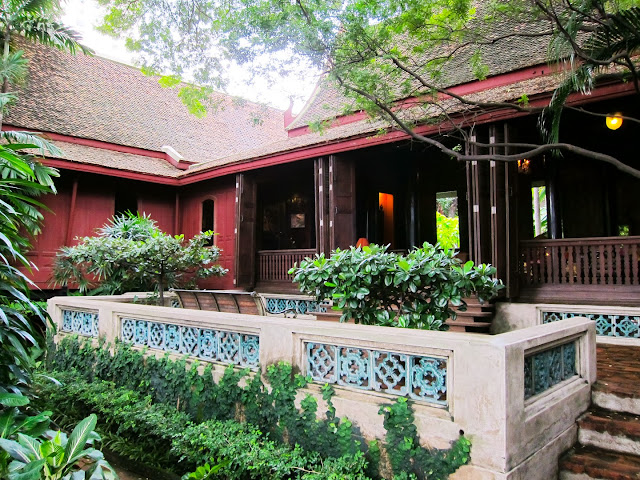 They're still giving silk demonstrations, a nod to the industry Jim Thompson helped to revive in Thailand. He did OK -- you can buy Jim Thompson silk ties at the airport. A cute little prayer area.

Another look between the houses and more lush flora.