Day Trip To The DMZ

Bill Clinton called the DMZ "the scariest place on Earth," but that doesn't mean you can't hop a tour bus from Seoul and spend a day checking out the scene. It's not to be missed (or misused, no need to get shot over not wearing the right clothes, taking a picture at the wrong time or wandering off). Welcome to the tour of rules. 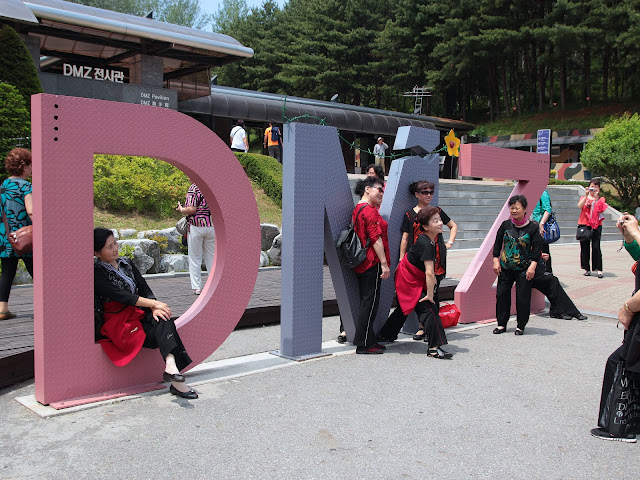 First stop is the Bridge of No Return, the location where, at the end of the Korean War, prisoners were exchanged. 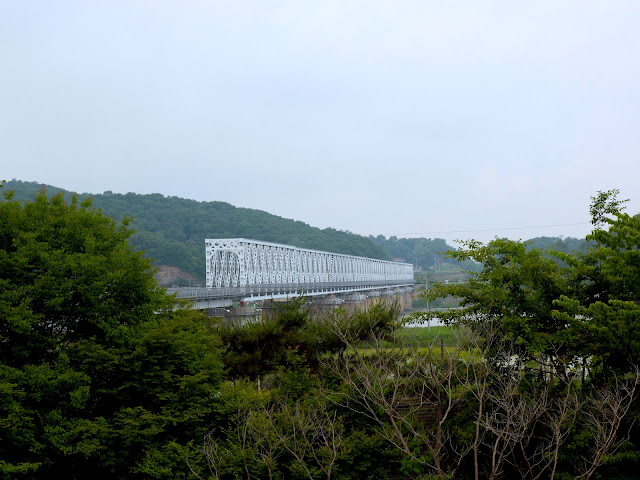 The bridge is obviously closed now, but the end point is quite active with people leaving messages for lost loved ones. There's an old locomotive on display, bullet riddled from various runs into and out of hostile territory.

Guns under glass, physical reminders for future generations. The deck of a pavilion overlooking the JSA, (Joint Security Area), the area within the DMZ where connection is made with North Korea. Notice the screaming yellow line one must stay within if taking photographs.

A tighter look into the DMZ and beyond to North Korea. Thanks camera zoom! But they check even that to limit your focal reach. 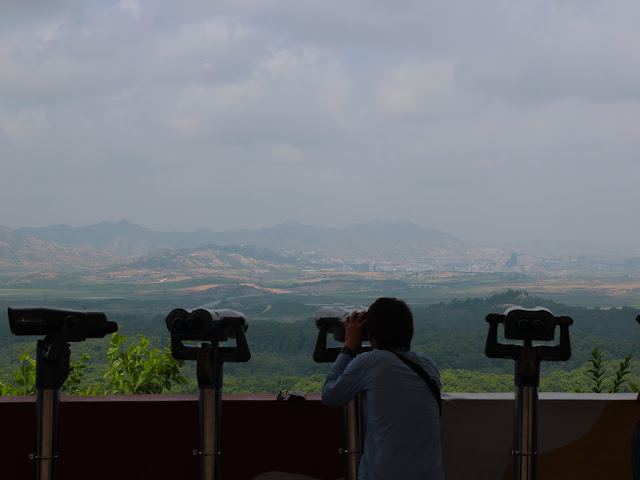 For some reason, South Korea is so confident reunification will happen, they've built a snazzy new train station right at the border, complete with signs to points north. Next stop, Pyeongyang!

As close as you can get to North Korea. Which is really, really close. The light blue buildings are neutral UN territory, the meeting rooms where any face-to-face time takes place between the two countries. The building in the background is North Korea. Sometimes tours are allowed in a UN building and if you are standing in the north part of the room, you can technically say you've been to North Korea (alas, no passport stamp provided). 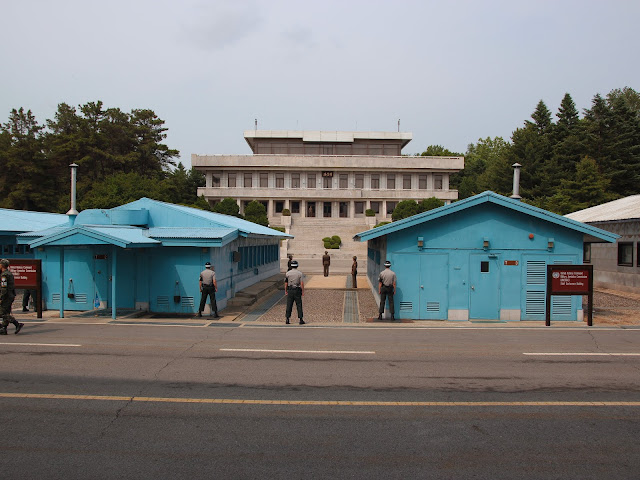