A look around the streets of Seoul reveals plenty of little slices of life and architecture. Far from being antiseptic (although those areas do exist in the sprawling metropolis), Seoul has its own energy and unique details.

The city as microcosm: An ancient building in the Bukchon Hanok Village neighborhood, totally trashed by modern, commercial stores. Ah well, at least the building is still standing. Maybe someday it will be brought back to its gorgeous past (many nearby homes have been and are now trendy places to stay). 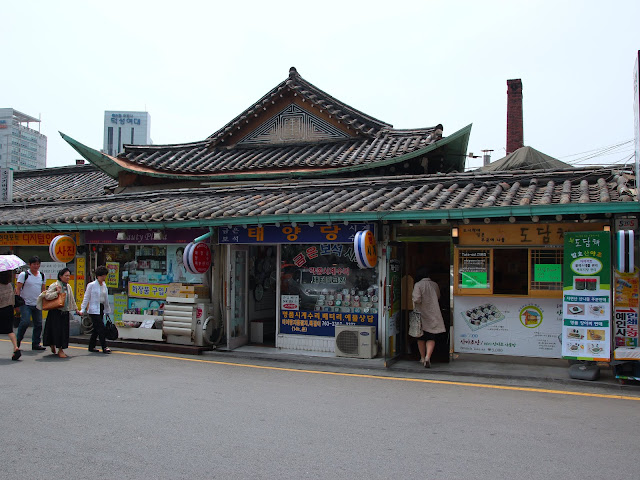 Where to go for a, ahem, short stay. We love the garage curtains, in case someone you know sees you getting out of the car. We also guess license plate lookup is impossible in Korea. Coffee and Other stuff available.

An alley before the rush of the day starts. A shopkeeper doing some street side straightening.

One of many small seafood restaurants. Your dinner literally inviting you in. Excellent! 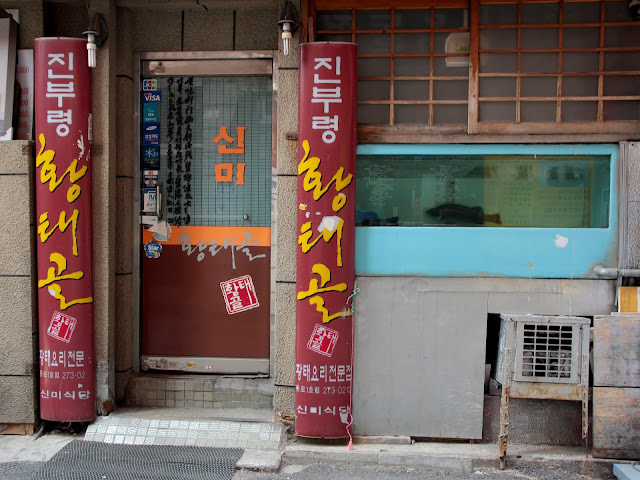