At the end of the main tourist avenue in Seoul, Insadonggil, sits the little, understated Tapgol Park. The place offers a nice respite to the busy, bustling, urban Seoul right beyond its gates. What's interesting is the clientele - men, mostly middle aged and older. It's not gay or illicit, the park is simply known as an older guy's hangout. Juxtaposed with bucolic pagodas and trees, the scene makes one smile.

The park regulars, doing what they do. 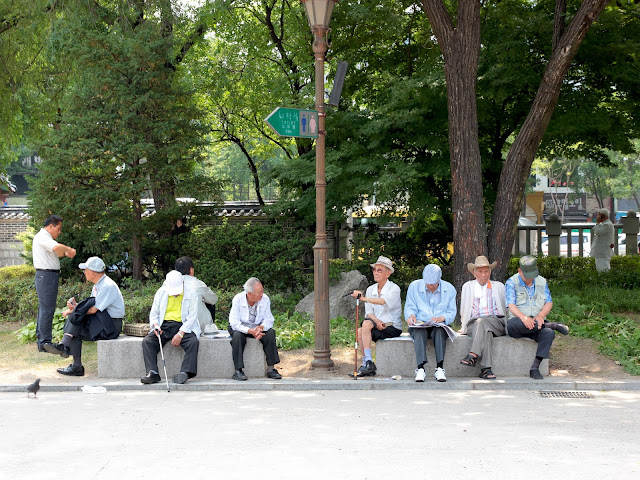 There's a famous artifact in the park, a Joseon-era stone pagoda. You'd think it was some artifact Indiana Jones is after from the way it's been protected. The balance of security versus appreciation ability appears to be all wrong. More men, practicing the hangout.

And more men, reading, meeting, doing what Seoul men do.
Posted by James and Sarah Talalay at 12:00