The heavyweight of tourist attractions in Seoul and all of Korea is the main Gyeongbokgung Palace. Consider it Korea's version of China's Forbidden City, the seat of royalty and power built centuries ago.

Gyeongbokgung is a sprawling complex of pagodas and plazas that fill blocks and blocks of walled space. Begun around 1394 during the Joseon dynasty, more than 400 buildings were eventually erected. The Japanese showed up in the 1590's and again in 1895 to destroy the place.

It wasn't until 1989 that the Korean government decided to rebuild the complex and bring the palace back to its former glory. It's not a small affair and they've budgeted 40 years for the complete restoration. One marvels at the beauty of the buildings at Gyeongbokgung, but it's important to remember that practically everything has been rebuilt or re-created. The bright colors replace a rich patina of originality. 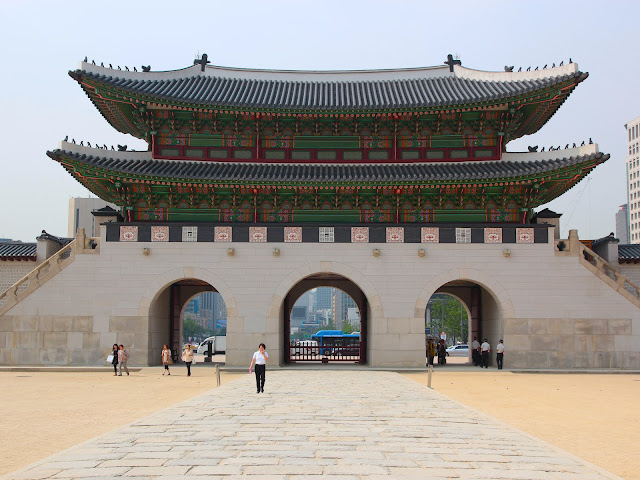 A courtyard pavilion and a corridor of columns.

Detail of the main throne room ceiling, showing off the outrageous mix of bright colors, quite a robust palette. 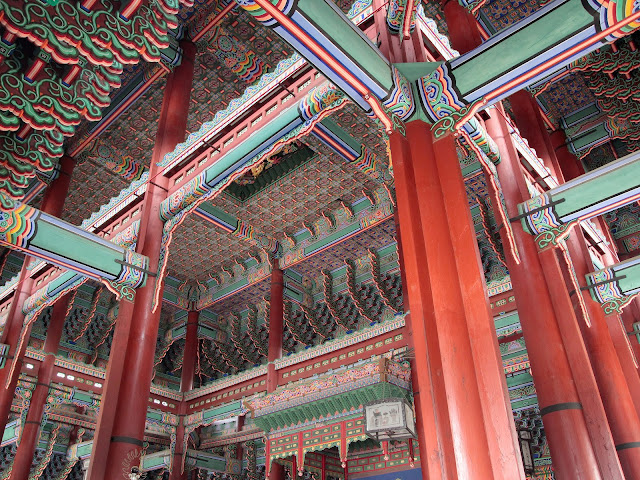 Be Korean royalty for a minute! A delicate roof detail, looking like a child's animal play set. 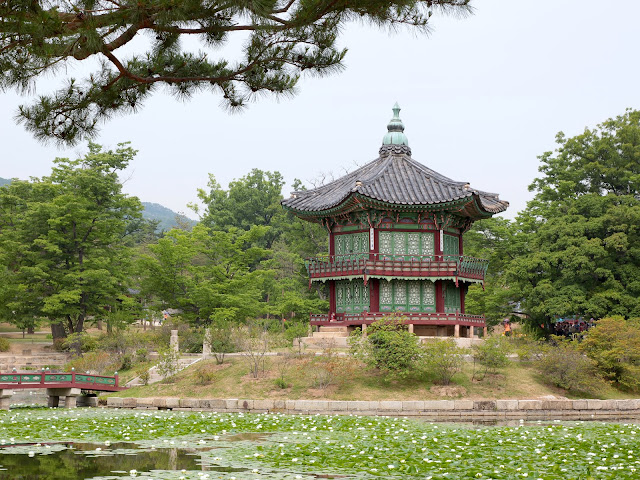