There's a bizarre building that occupies a good chunk of harbor front real estate in Tallinn called Linnahall. The Soviets built the thing in the late 70s, in time to host the sailing events of the 1980 Moscow Summer Olympics. Linnahall looks like a giant pier made with concrete stacked blocks. It's also a concert venue. You can see some interior photos here, appropriately a site titled "Failed Architecture."

Today, the building wheezes along, partly as a dock for a shuttle to Helsinki, partly for concerts and a nightclub. Hurry and visit before a concrete chunk of Soviet history disappears (based on sheer tonnage, not likely anytime soon).

The, ahem, grand promenade entrance. The harbor is on the other side of the hump. 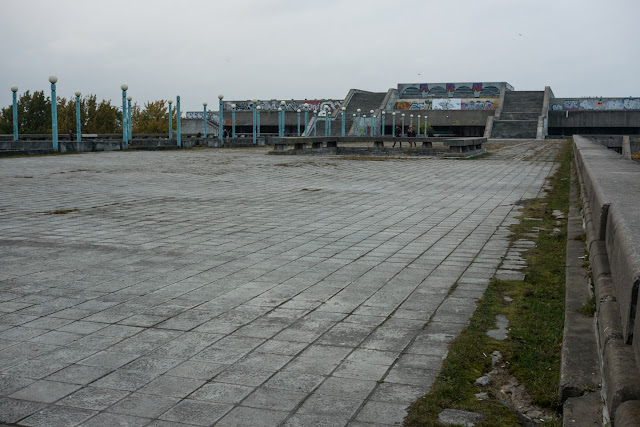 Plenty of disuse. A nightclub, maybe still used. At least the name is right - Poseidon.

Another angle of the promenade, juxtaposing an energy plant and Old Town in the distance. 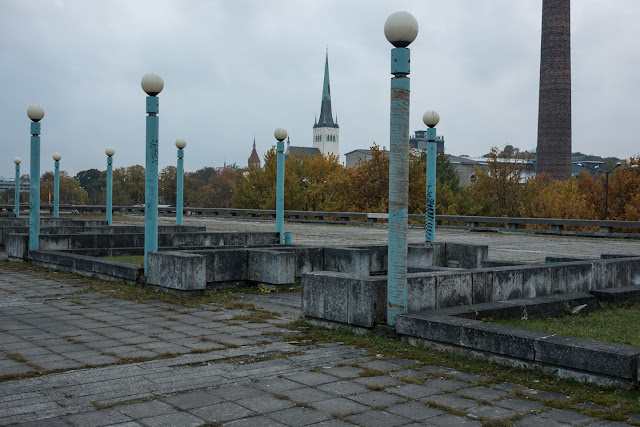 Of course, graffiti has moved in. Rough box office.

The other end of the complex, at the harbor. 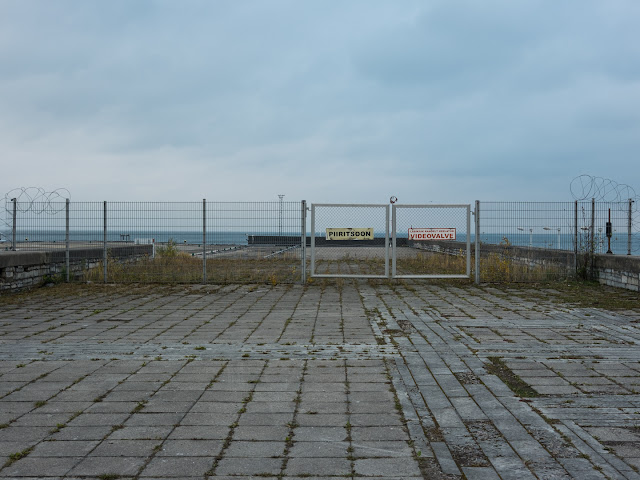