The most important synagogue in Berlin is still standing - sort of. The building opened in 1866, featured a Moorish design and made use of iron, a new construction material for that time. It could seat 3,000 people.

The synagogue was used for Nazi uniform storage during WWII and was heavily damaged by Allied bombing during the end stages of the war. The main hall and dome were torn down by the late 1950s, a victim of there being no Jewish community left to support reconstruction and being situated in East Berlin under Communist rule.

After the1989 fall of the Berlin Wall, reconstruction/preservation began on what was left.

View from the street. The facade and dome have been rebuilt and preserved. 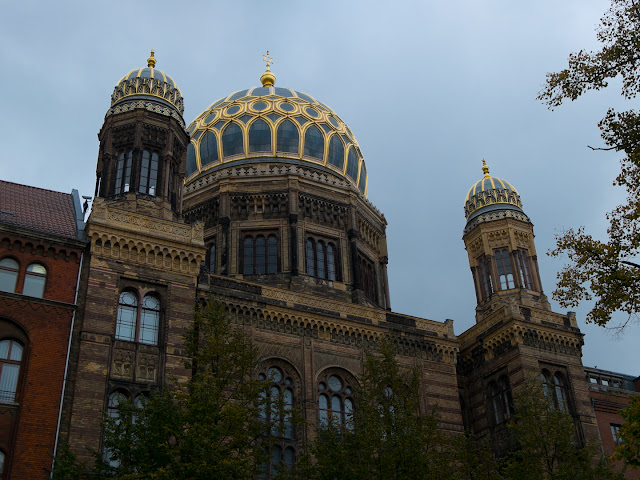 The main hall could not be saved. Many pieces of artifacts were recovered from the rubble. Here are the remains of a couple of ornate marble podiums/bimahs.

"Who's got two?" Also recovered, tickets to high holiday services. 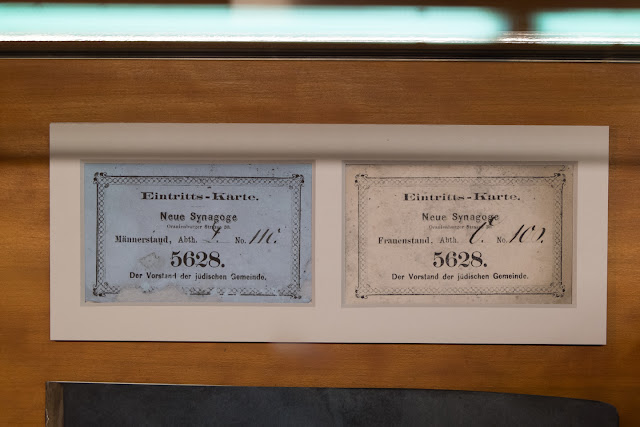 Signs of destruction. It's clear what's been reconstructed and where the remnants of the original structure remain. At the back of the entrance hall, a glass structure has been erected to show the start of the main hall.

The view out back, a good angle to appreciate the Moorish influence and intricate brickwork. 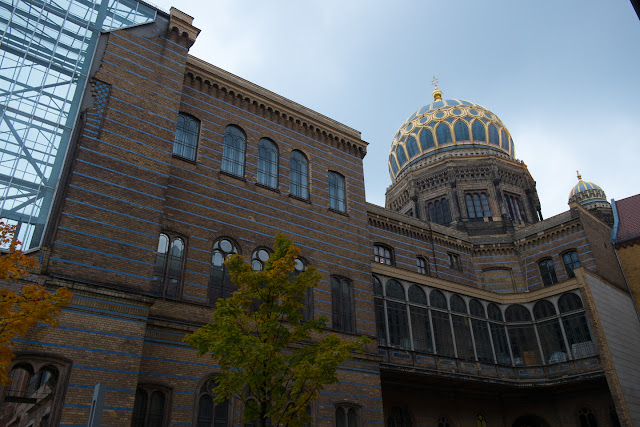