For some reason, Kolkata is filled with buildings that look like they belong in New Orleans' French Quarter. Balconies over ground floor galleries, liberal use of cast iron, and beautiful, intricate railing work. Maybe similar climates give birth to similar architecture. Maybe all the world trade that passed through Kolkata and New Orleans meant architectural styles also were exchanged.

One thing is certain, the beauty of the building style is universal. It's a shame Kolkata hasn't realized the treasures it has and taken historical preservation seriously. There are many good French Quarter-style examples throughout the city, but many structures are in terrible shape and will no doubt be torn down eventually. A shame. 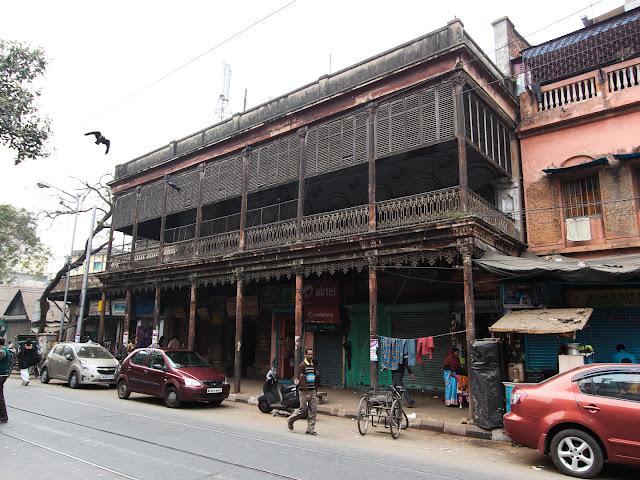 This structure has it all going on. Complicated balconies, corinthian columns, beaux art stone look. 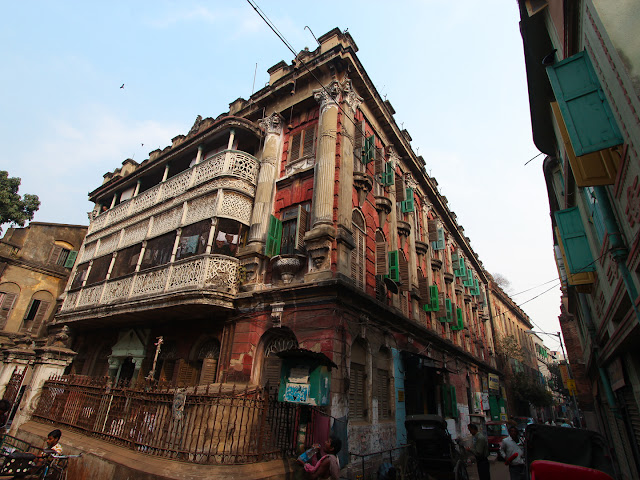 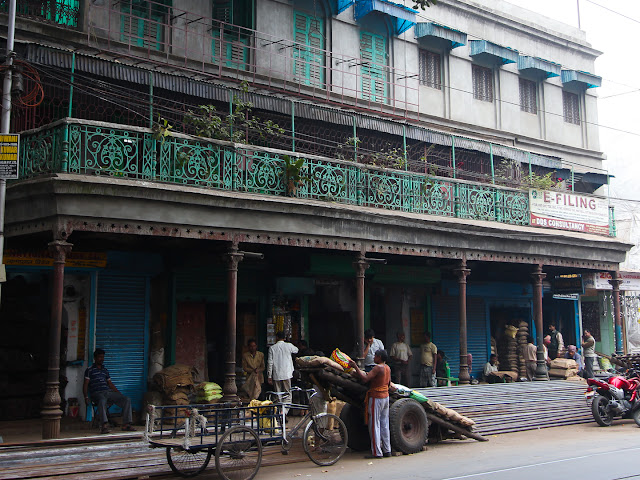