Muscat is the heavy in Oman, the one major city that dominates the country. Home to 750,000 people and growing, Muscat is busy paving, building and expanding. There are a few old parts to the city, but most of the buildings and neighborhoods were built in the past few decades.

The skyline. Unlike its neighbor to the west, UAE, Muscat has purposefully avoided runaway skyscraper development. The city is an antithesis to nearby Dubai.

The Grand Central Mosque. Much bigger mosques have been built on the outskirts of the city. Sultan Qaboos' palace, with column nods to Frank Lloyd Wright's Johnson Wax building in Racine, Wisconsin.

Lots of urban master planning - fountains, green space, government buildings and roundabouts. That's the Gulf of Oman beyond the buildings. 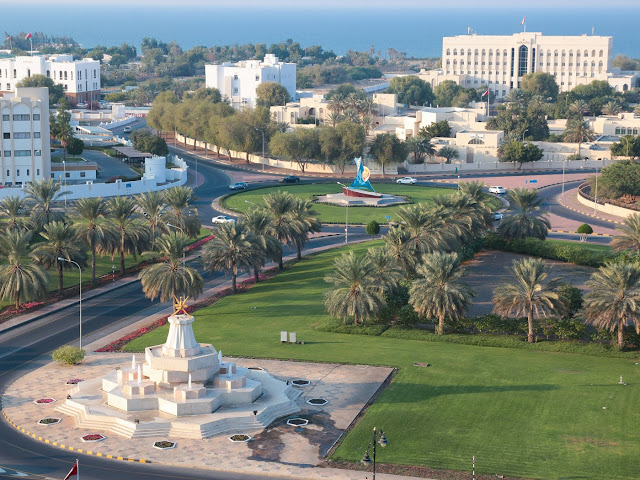 Typical features of Muscat. New architecture meant to look old, no people around, cars, a mountain background, nicely groomed lawns in the desert. The streets are being paved so quickly and without an overall grid that driving around feels a bit like existing within one of the urban sets of Grand Theft Auto.

One of the old city areas, the port and Muttrah corniche. 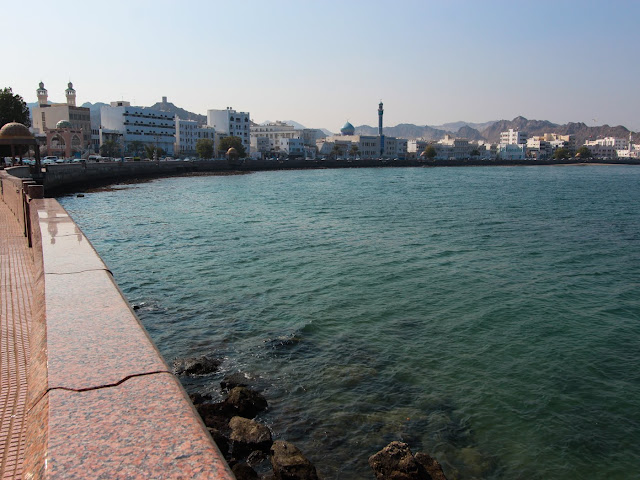