The Grossest Thing In India

Let's be frank:  there are plenty of challenges to living in India and things to complain about - smells, traffic, noise, crowding. It's a poor, busy country going through growing pains.

Apparently, getting used to modern infrastructure is still a struggle for some. That's why it's not unusual to see men peeing in public. That's right: in broad daylight against the wall, on the sidewalk, in busy intersections. But not just poor men without access to restroom facilities; we've seen men well dressed for the office get off their scooter or motorcycle and let it rip while waiting at a light.  We've seen them pee right outside a public restroom. It's not an unusual sight.

Someone fighting back (a wall to a church school): 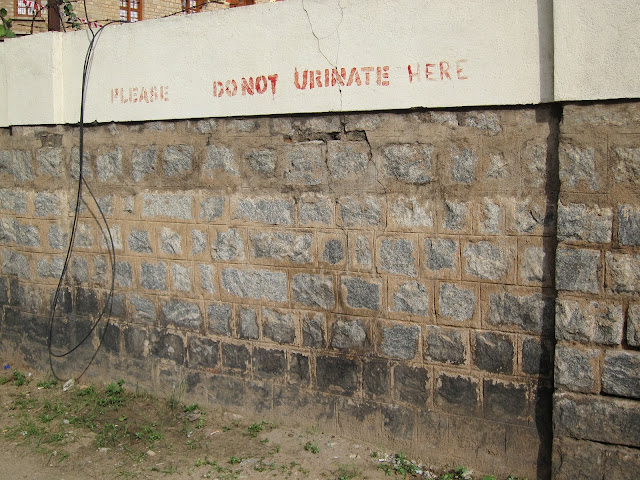 And another solution (from an article in the newspaper), putting a mural up that features many Hindu gods. Who's going to pee on a god?! 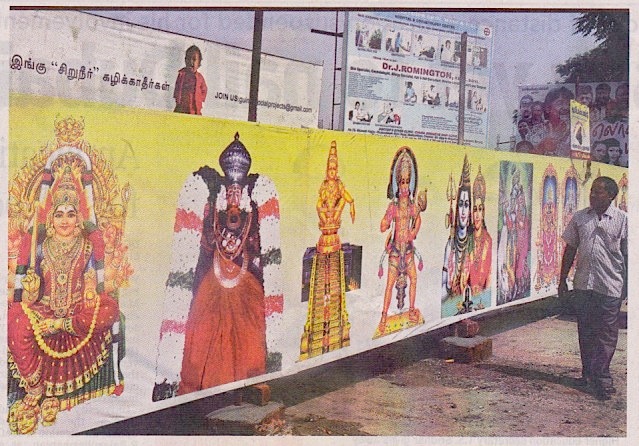