A Trip To Darjeeling

In northeast India, at the foot of the Himalayas is Darjeeling, known for its tea as well as its aura. The hilly terrain and cooler climate enticed the British to spend summers there prior to India's independence.  It's a pleasant and interesting area to visit for its tea plantations and confluence of cultures that includes Nepalis and Tibetans. And it's still very much on the backpacker trail.

Getting there is a battle. Vehicles for many on a road with room enough for one. Constant traffic jams and jolts, close calls and rolling negotiations to get up and down the mountain. 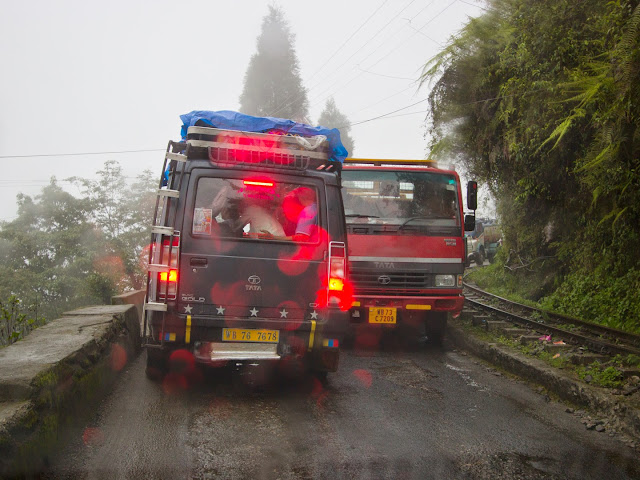 Everything is a tight fit when you build against a hill. But the effort is worth it for the Himalayan view.

What to do around town? How about pay a few rupees to climb little Tenzing Rock, named for the sherpa who accompanied Edmund Hillary to the top of Everest -- they were the first people to summit the great mountain 60 years ago in 1953. 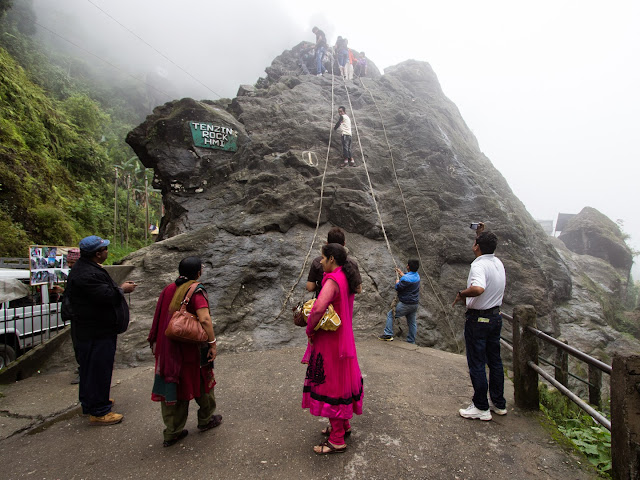 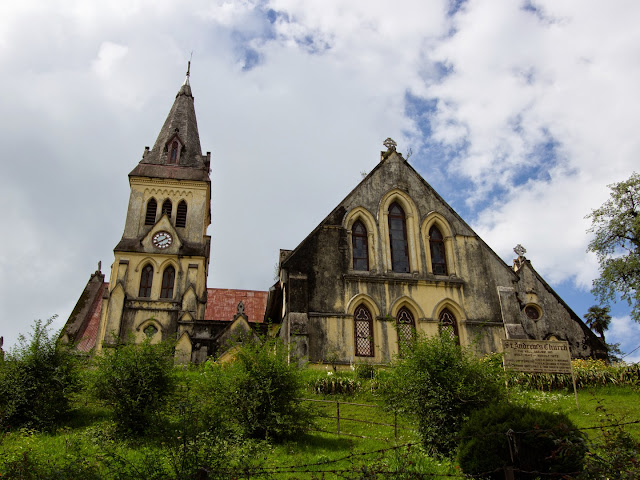 Many old buildings have their own unique gingerbread-like roof trimming touches.

A peace pagoda, similar to one located in Pokhara, Nepal. 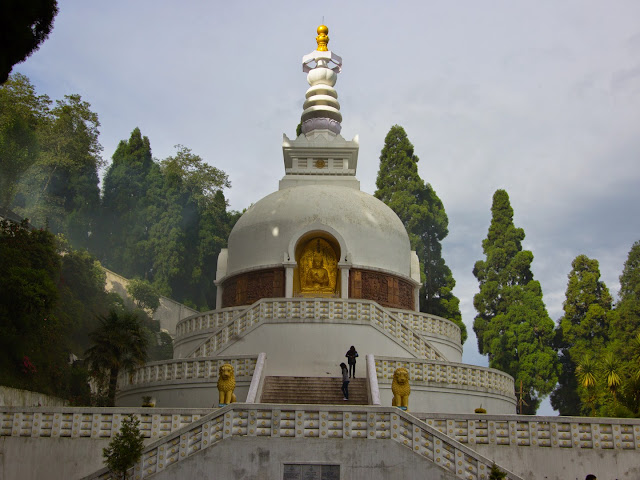