Sarah and her colleague, Michelle, did their part for the environment -- and the dearth of trees in Chennai -- by planting saplings in honor of Gandhiji's birthday last month. The planting was thanks to the Urban Forestry Division of the Tamil Nadu Forest Department and the Lions Club, among others.

Queen Mary's College, a women's college in Chennai, was the beneficiary of 143 large saplings. The Lions Club wanted a US Consulate representative to join the festivities. The number 143 was chosen for what would have been Gandhi's 143rd birthday on Gandhi Jayanti -- the name for Gandhi's birthday celebration. The "ji" at the end of his name, by the way, is a term of respect in India.

Someone waiting for the tree planting ceremony to start. One of the 143 saplings going in.

In case you were wondering what Sarah looks like on the other side of the notebook and pen, here she is being interviewed by a group of student journalists. 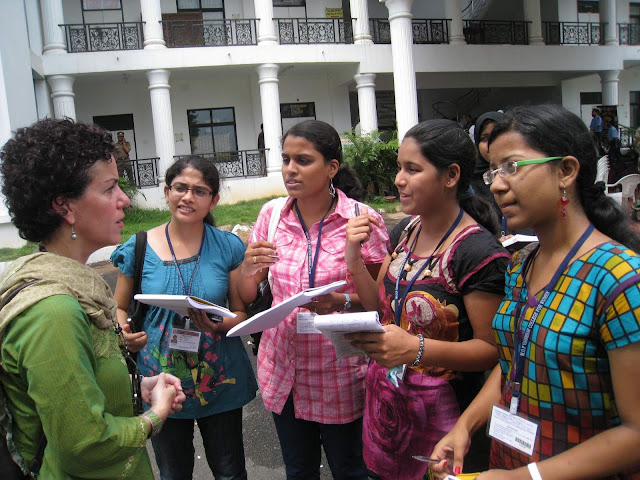