The Shophouses Of Penang

We took a little holiday recently to the city of Georgetown in Penang, Malaysia. One of the reasons we chose that spot was to see the area that's predominantly filled with old buildings known as shophouses. Now a UNESCO World Heritage Site, this section of Georgetown has a sort of South Beach mixed with French Quarter feel to it, albeit its own unique style.

Shophouses developed in the 18th century and have several iconic features. As their title implies, the buildings are used for both commerce and home. The shop is out front, facing the street with private quarters behind and above. They're narrow, but deep and feature an inner courtyard for letting light in and collecting water. There's a covered walkway in front for rain and sun protection. 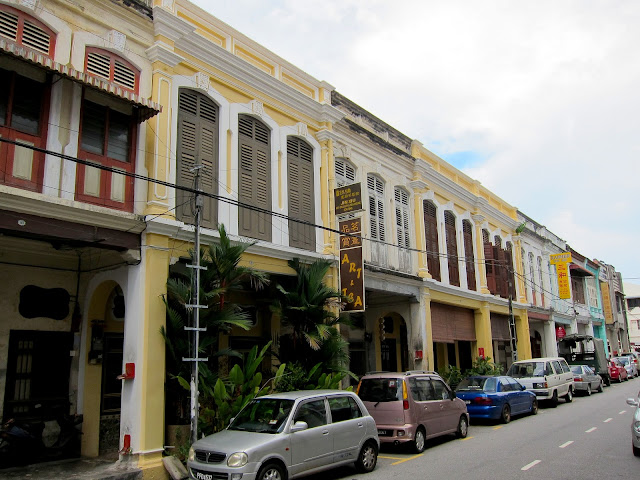 Some nice features of the shophouses include a wide variety of upper window designs and an array of pastel colors, similar to Key West, Florida. A cutaway model of a shophouse's typical layout.

Dr Sun Yat Sen, the Chinese nationalist revolutionary, spent time in Georgetown and here's the shophouse where he worked and organized conferences and uprisings. Shophouses come in different sizes, depending on prosperity. Here's a set of smaller shophouses, still very much in current use (and disrepair).