Sometimes you just can't get where you want to go in India. Yesterday, we hopped the Shabatdi Express train, Chennai to Mysore with one quick stop in Bangalore along the way. The train left on time, we got breakfast, everything was dandy...until we pulled into Bangalore.

Everyone started getting off the train and asking us if we were going on to Mysore. When we said yes, we got a bunch of funny looks. So we started asking the train officials and got back a one word response: "Water." What? The tracks are flooded? The train ran out of water? Huh?

We weren't getting to Mysore. The south Indian state of Karnataka, where Bangalore and Mysore are located, was experiencing a massive "bandh" - or protest - of a Supreme Court decision requiring Karnataka release water from the Cauvery Basin to neighboring Tamil Nadu, where Chennai is located.

The bandh was widespread throughout much of Karnataka, shutting down shops, restaurants, buses, taxis and yes, trains. We felt like we were in the thick of it at the Bangalore train station. (We had to wait five and a half hours to take the five-hour afternoon train back to Chennai. Our day ended up being 16 hours of traveling to nowhere).

The bandh shuts down the train station, taking over a set of tracks. 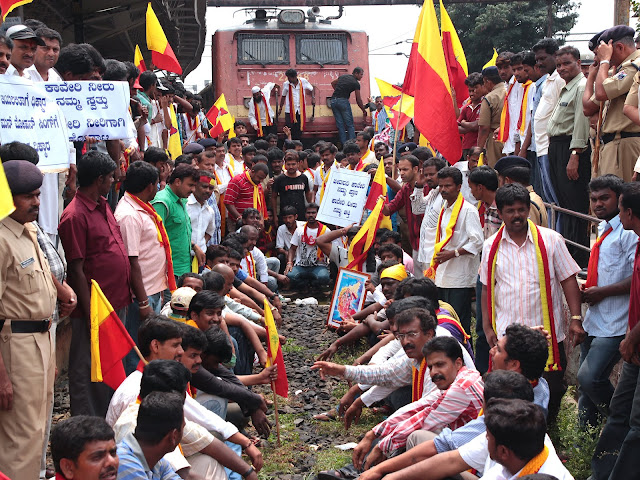 Police were present but no violence erupted, at least not at the Bangalore train station. Plenty of stranded travelers watched the proceedings. 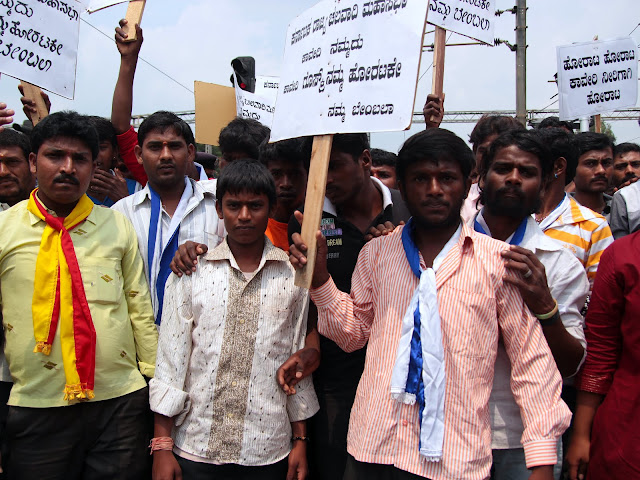 One of the leaders and one of the supporters.

It's not a bandh unless it shows up on TV. Meeting the press mob. 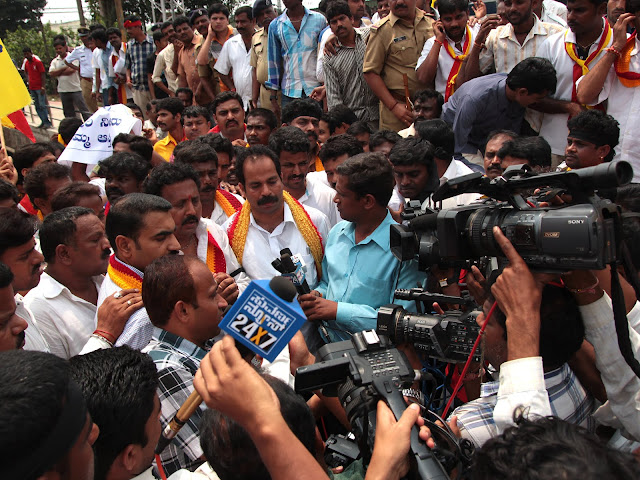 Posted by James and Sarah Talalay at 13:06