Seeing The Street Cars In Kolkata

We're used to seeing the mad rush of petrol-based traffic in India, so coming across street cars in Kolkata was a surprise. With the extensive British history and influence in the city, it's no wonder street cars were implemented there. The system is the oldest one in Asia, started by the Calcutta Tramway Company in 1902.

All aboard! Street cars passing in front of the now-closed Great Eastern hotel, a favorite haunt of Mark Twain. 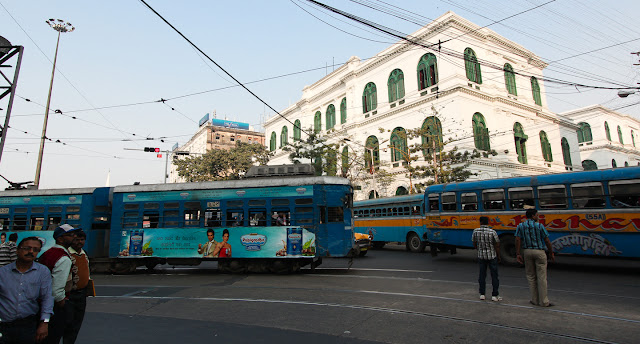 Lining up, waiting on a train. What to do? Read a little bit of the posted paper.

Here comes the street car, rolling down the road. 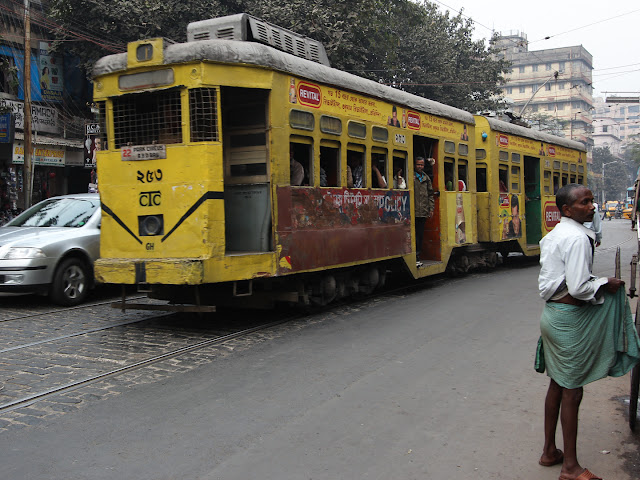 The cars have to share the road with, well, cars, buses, rickshaws, all of India.

The street car styles vary widely, depending on their vintage. 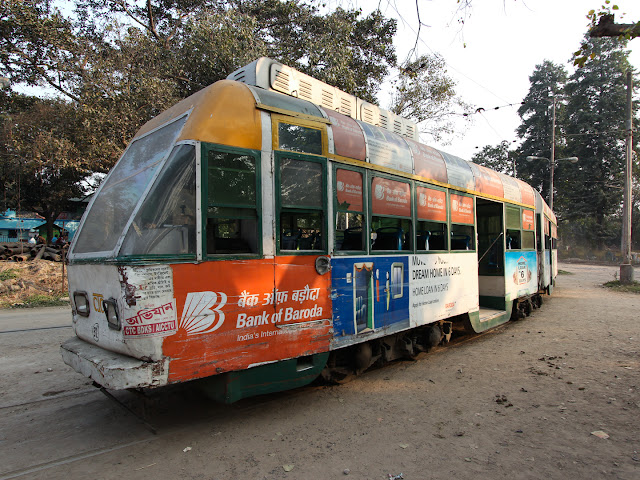